Marshall Alumni: Where are we now? 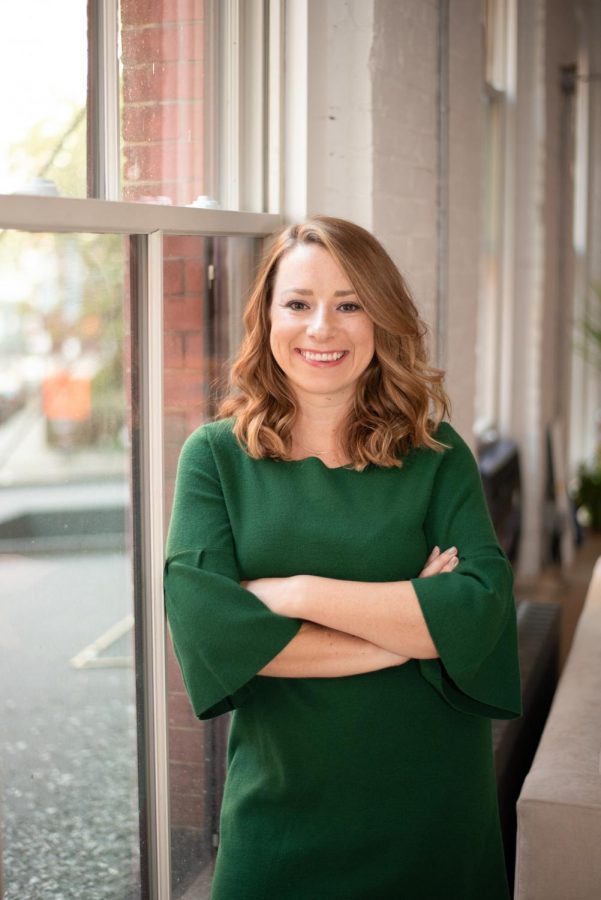 Landing a job with a major company right after graduation is something many college students dream about, but what happens when a recession hits shortly afterwards and they end up furloughed?

That is exactly what happened to Marshall University alumna, Tori Marra.

Marra graduated from Marshall in 2007 with her bachelor’s in advertising.

During a career fair at a national advertising competition she had met a company that turned into a job right after graduation.

“I took that [job] and moved around with that for a few years and till I got laid off,” Marra said.

Marra said she had played with the idea of graduate school before and with limited options at the time, it seemed like the right move.

“I got into Marshall and decided to go back because I had a support system there already,” Marra said.

While the situation could have been off-putting for some, Marra did not let it stop her goals.

“I kind of decided, okay I was laid off at 23. I’ve been out in the world for a while. I’ve experienced other places and cultures and this time, I’m going to go for it and move to New York because I don’t have any real responsibilities at this point,” Marra said. “And if I stick around here for a while, I may never find this chance again.”

“So, pretty much once I started grad school at Marshall, I started planning my move here [New York],” Marra said. “Saving up and finding a roommate from undergrad who was here kind of on the same timeframe of grad school and just decided to take the leap.”

And that is what she did. Marra graduated with her master’s in public relations and headed to New York City.

West Virginia is full of small-town people dreaming of a big city life and Marra made that a reality.

“You know, I think when you’re in it, it just feels normal after you get past the scary part of going through all the emotions,” Marra said. “It feels normal now because I’ve been here for almost nine years and I don’t think I operate any differently when I am home other than I’m probably like, a little less patient and a little bit straighter up front and straightforward in conversations.”

Marra may be living the big city life now but says her core will always hold her small town values.

“But I don’t feel like any better than anybody because of where I live now. I think I still have the same value system and try to keep hold of the everything I learned up to the point I moved here,” Marra said.

Through it all, Marra says she does not regret her move.

“I don’t regret it at all. I mean, there’s been obstacles that I’ve run into once I’ve been here and through some pretty interesting learning experiences, professionally speaking, that have affected me psychologically,” Marra said. “And I think that it’s all culminated into being the business owner.”

Owning a business was never something Marra strived for or even dreamed about, but says her experiences led her where she is today.

“I never dreamed [of owning a business], it was never a goal of mine ever in life,” Marra said. “So, I think it all played out for a reason. I like to think that everything is just circumstantial, based on time and place. I don’t think everything is meant to be based on your goals and aspirations, but I think that what I did all out so far in my favor, it’s certainly not been easy, but I don’t regret it at all.”

Now Marra spends her time running her own business with two close friends.

“I met my cofounders at another speaking agency, and we became fast friends,” Marra said.

“There were some unfortunate circumstances going on that just made it obvious to us that we needed to sever ties with that situation,” Marra. “So, it was kind of a perfect storm with our three various skill sets. We thought we each brought something uniquely important to the table that sort of completed all the pieces as one to create another agency. We decided that we didn’t want to be anywhere but working together, so we should just go for it on our own.”

This is how Outspoken Agency started.

Marra said while there is a solid foundation from her time at Marshall, the personalized relationships are one of her favorite parts.

“I think about, just like discerning what’s going on in the news, things that Professor Hollis talks about, like, from a personal capacity, like they really created a foundation of how to digest information, how to market a business, how do you understand my amendment rights, to read quickly in grad school, there are a ton of different skills that I learned that I still use today, professionally and personally,” Marra said. “I think I remember them so much better because of personalized relationships that we get out of that program that you don’t get out of other programs or schools.”

While Outspoken has grown more than Marra had ever expected, she said there is still a lot to do.

“I will say that I feel like we have a long way to go for the success that I hope for, but I am certainly proud of what we have so far,” Marra said. “It’s all about perspective.”

While Marra has been successful in her career, it is not the path she always wanted.

“I honestly wanted to go to school for theater and I was really mad at my parents for wanting me to go to school and stay because of the Promise scholarship,” Marra said. “They told me it would be a real disservice to myself if I decided on that to consider the amount of debt that would be involved with going to a school out of state, which I was pretty insistent upon.”

“I remember going into Professor Hollis’ 101 class the first week at Marshall and I had been happy with my decision to go to Marshall, but I went into this class the first week of school and I was like, ‘listen, I wanted to major in theater and I’m really into acting and films and I need you to tell me what I can do to get as close to that as possible. Like I feel like I’m going to be unhappy essentially,’” Marra said.

“And he told me without taking a beat to think about it, ‘well, why don’t you major in advertising? They basically film miniature, short movies all the time, there are commercials, there are sets you can be on, you can be doing production.’ So, he tried to give me some type of positive outlook in considering how I could make the most out of the decision I had chosen in going to Marshall,” Marra said. “I think it kind of opened up my eyes to be more willing and open to what my experience was about to become.”

“Like your first year of advertising, Professor Dooley made me volunteer for every student group there was involving advertising and I just kind of soaked it all in because she could tell I was a go getter and then I was kind of like, yeah, this is exactly what I’m supposed to be doing. Like, let’s embrace it,” Marra said.

Mara has had a unique journey so far and she is just getting started. When it comes to advice, she would give to those interested in the industry, she said it was general advice.

She said this has really been true with the current Coronavirus situation.

“We’re very much a customer service driven business and we are having to really flex those muscles right now in a time of crisis,” she said. “Marra said. “We have to swallow out pride, being very flexible and open in the dialogue of what to do in the situations where people are canceling events and losing money and not being able to pay for things and not knowing how long this is going to last.”

As Marra continues her career and building her business, her core values are easy to sum up.

“We want to be reasonable humans and respectful first.”