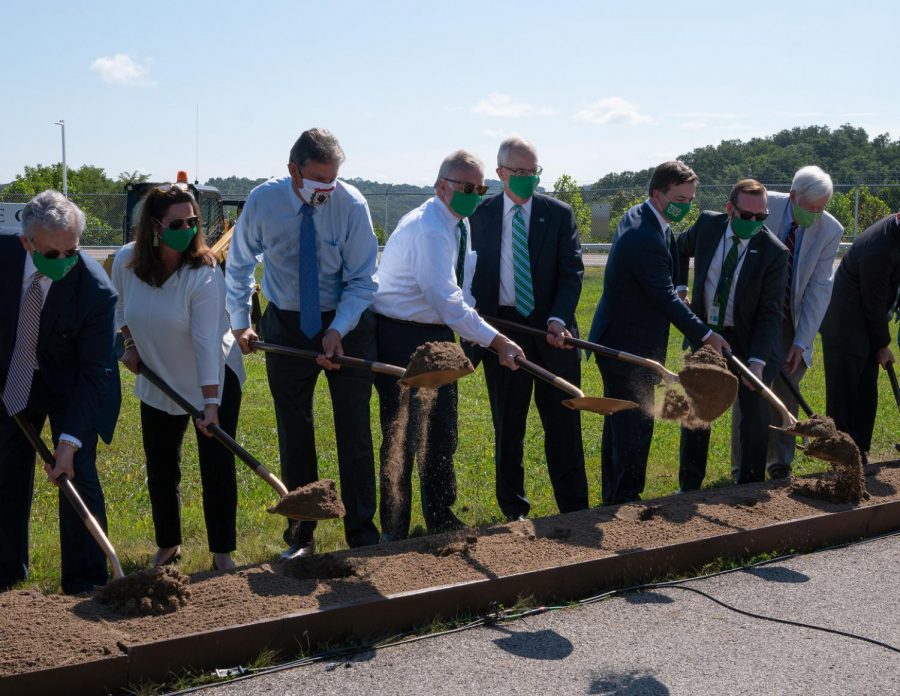 Two years from today, Marshall Uni- versity plans to begin operating its own flight school, with classes to take place at Yeager Airport in Charleston, where a new facility is being built.

“The development of this program is truly an investment in our beauti- ful Mountain State,” Marshall President Jerry Gilbert said at last week’s ground- breaking ceremony. “Diversification of educational opportunities at Marshall, like aviation, pharmacy and biomechani- cal engineering, will draw students from across the country to our state.”

Construction of a 12,000-square-foot hanger and classroom facility for the Bill Noe Flight School began Thursday at a site located on Eagle Mountain Road near the Capital Jet Center.

The school’s name honors Marshall alumnus and Hall of Fame swimmer Bill Noe. After college, Noe, a Huntingtonian, formed a successful career working as a pilot and a business executive. Since 2015, he has served as chief operating officer of Ohio-based private air travel company NetJets, having initially worked as a flight instructor.

Beginning with the fall 2021 semes- ter, Marshall plans to offer a bachelor’s degree in commercial piloting. In ad- dition to taking classes in the new facility at Yeager Airport, flight school students also would enroll in courses at the university’s South Charleston Campus.

Although no official start date has been decided, a two-year aviation main- tenance degree program also is likely to be offered by the university in collabo- ration with Mountwest Community and

Technical College, for which students would attend classes at the Tri-State Air- port in Huntington.

The university anticipates a fully func- tioning Bill Noe Flight School will enroll about 200 students and graduate about 50 commercial pilots each year.

Students at the school will be trained for futures working as commercial pilots, a profession expected to be in high-de- mand over the next several decades.

Over the course of their studies, students will complete several FAA cer- tifications and learn to fly single and multi-engine aircraft.

One such aircraft is the single- engine Cirrus SR20 airplane.

Marshall already has placed an order for three of these airplanes, which each will feature a parachute covering the en- tire plane for use in case of emergency.

The university currently is in the pro- cess of becoming part of the Federal Aviation Administration to make these goals possible.