No. 6 Marshall survives against No. 11 UTEP in first round of C-USA Tournament 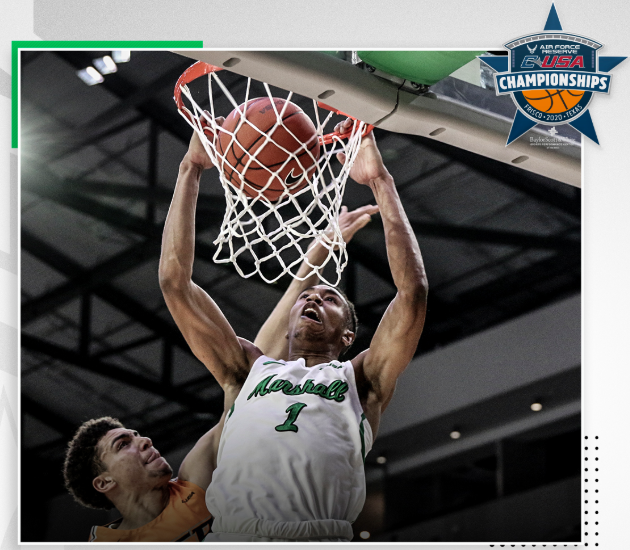 The Marshall University men’s basketball team defeated the University of Texas at El Paso Miners in the first round of the 2020 Conference USA Tournament in Frisco, Texas with a final score of 86-78.

Marshall was led by sophomore guard Taevion Kinsey, who had 26 points. This was Kinsey’s sixth conference game of the season with 20+ points.

“Taevion did a great job and taking what the defense was giving him and making shots,” West said. “It wasn’t just scoring; he had a great game overall and carried us.”

Up next for the Herd, it will face the No. 3 seed Louisiana Tech University on Thursday night at the Ford Center at the Star at 10 p.m ET / 9 p.m. CT.

The rest of the Conference USA Tournament will be closed to the general public due to the ongoing concerns of COVID-19 outbreak. Marshall will be playing without fans to help cheer them through its upcoming game.

“We just have to bring our own energy, just like in practice,” Kinsey said. “We know what we have to do on the bench and on the court during the game. “