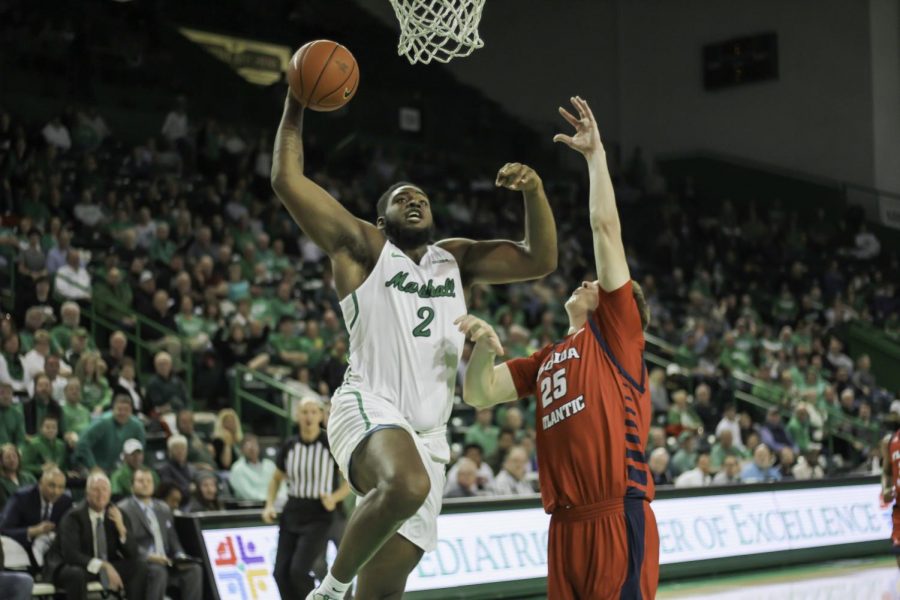 The Marshall University men’s basketball team (16-15, 10-8 Conference USA) is heading southwest to the Lone Star State as it prepares to face the University of Texas at El Paso Miners (17-14, 8-10 C-USA) in the first round of the 2020 Conference USA Basketball Tournament in Frisco, Texas.

The Herd is coming off a 82-77 win over the University of Texas at San Antonio Roadrunners this past Saturday.

UTEP finished its regular season with a 77-72 win over the Rice University Owls.

Sophomore guard Taevion Kinsey leads the Herd in scoring with 16.1 points and 4.9 rebounds per game. Junior guard Jarrod West averages 14.4 points and 4.1 assists per game. Redshirt freshman guard Andrew Taylor follows behind with 9.9 points and 4.6 rebounds per contest. Redshirt junior forward Jannson Williams is second in Conference USA in blocked shots with a total of 47 this season.

The Miners  are lead by Bryson Williams who averages 17.6 points and 7.1 rebounds per game. Souley Boum follows with 12.9 points and 3.4 rebounds per contest. Daryl Edwards is averaging 12.7 points and shoots 38.9 % from the three-point line.

The last time the two teams met was earlier this season when Marshall traveled to UTEP and defeated the Miners, 71-61.