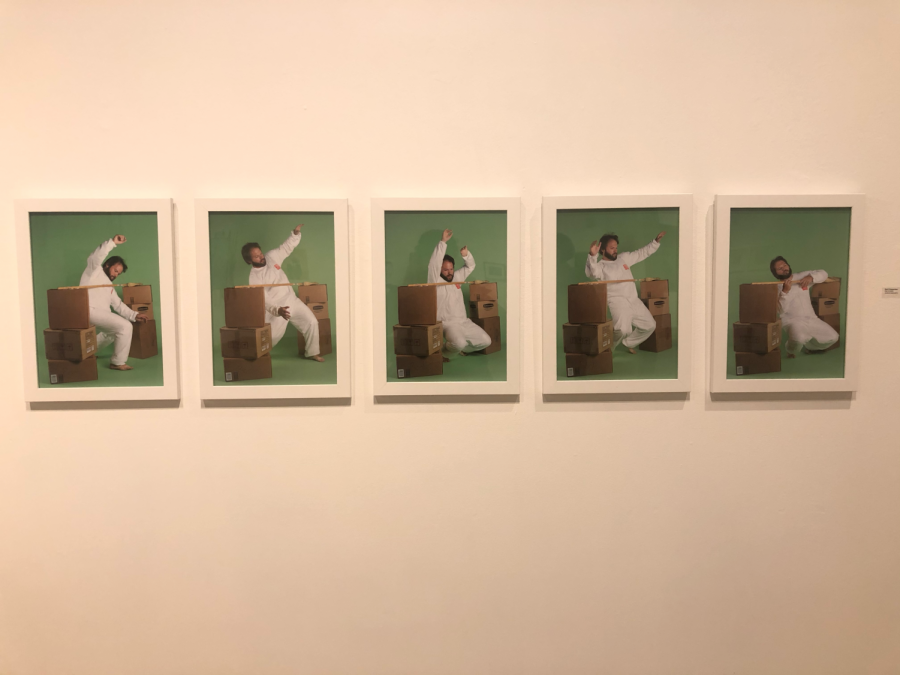 Over 100 art pieces from all over the country were submitted to be featured in the 29th annual National Juried Exhibition,  but only 21 artists were chosen to have their work displayed, five of which were Marshall University students.

First place went to William Davis for his piece, “Safe Space,” second place went to Ting Wang for “Letters Underground” and fourth place went to Sarah Sharp for “Kinship Quilt.” Other winners included Ethan Nestor’s “Elysium” receiving the Juror’s Choice Award, and Honorable Mentions went to Zane Pinson, Sa-Rai Robinette and one anonymous submission from Marshall. All the pieces were chosen blindly by the juror, Chloe Courtney, who works at the Dallas Museum of Art.

“They (Courtney) don’t know who made what and they don’t know how many entries each of the artists submitted,” said Jamie Platt, the gallery director and facilities coordinator for the College of Arts and Media.

Nestor, received the Juror’s Choice Award for a video installment despite not being in the School of Art and Design.

Pinson, had multiple works chosen for the exhibit.

“We had 100 submissions, the juror chose 33 works of art and there were 21 different artists represented,” Platt said. “Some of the artist have more than one piece. In fact, Zane Pinson has five pieces in the show, and that’s incredible.”

Platt said that in the call for the show, Courtney did not put a theme or required subject for the artists to follow, but instead had them send in whatever they wanted and then chose from those 100 submissions.

“There are many examples of protest art scattered throughout, that was one of the things that made me think that maybe this is about protest,” Platt said. “But then I thought that there were some pieces that just don’t fit with that, so it doesn’t apply to all.”

One example of the “protest art” that Platt referred to is a circular sign the reads “This land is my land this land is your land” but the word “your” is written over with red lettering that spells out “MY.” A piece that Platt said she did not feel fit with the protest theme is a bronze cat dish with a bust of a cat looming over the food.

The following statement that can be found in the gallery from the juror on why she chose the specific pieces.

“They (the pieces) are connected with broader cultural dialogues. In the exhibition as a whole, the influence of graffiti and street art, internet culture advertising, graphic design, ‘DIY aesthetics’ all provide multi-layer points of departure.”

The show will be running from 10 a.m. to 4 p.m., Monday through Friday until March 13 at the Charles W. and Norma C. Carroll Art Gallery. The gallery is located in the Visual Arts Center in Pullman Square.

Emily Hayslett can be contacted at [email protected]