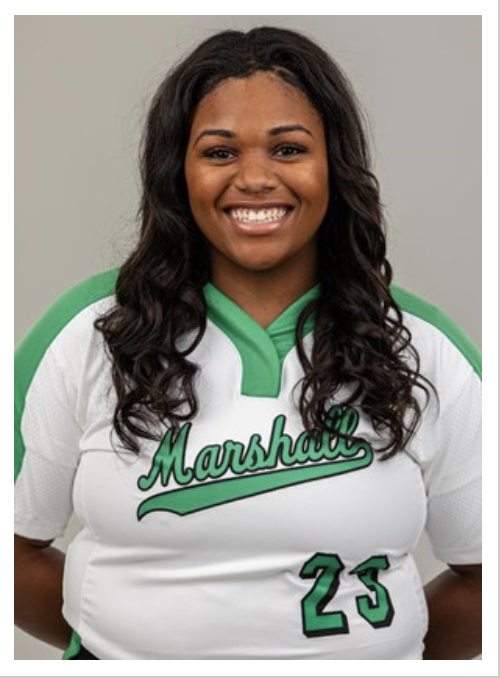 RESULTS OVER THE LAST WEEK:

(At the Pirate Classic)

After exploding offensively at the Pirate Classic, Marshall softball sophomore Mya Stevenson has earned athlete of the week honors.

Helping lead her team to five wins in five games, Stevenson had a batting average of .571 to go along with a slugging percentage of 1.500. She had four homeruns on eight total hits, batting in 11 runs and scoring six runs herself. She also added a double on one of her eight hits.

Beginning her stellar weekend against Delaware State, Stevenson hit two solo homeruns as the lead-off in the third and fifth innings.

In the first of two matchups with Norfolk State, she rocketed a three-run homer toward center field to give Marshall a 7-6 lead and the eventual victory.

With the Herd trailing once again in the second matchup against Norfolk State on the following day, she stepped to the plate with the bases loaded and drilled the ball over the fence for a grand slam, thrusting Marshall into a 7-4 lead. Subsequently, the Herd would not look back, earning its fifth win on the weekend.

Stevenson was named Conference USA Player of the Week for her performance.