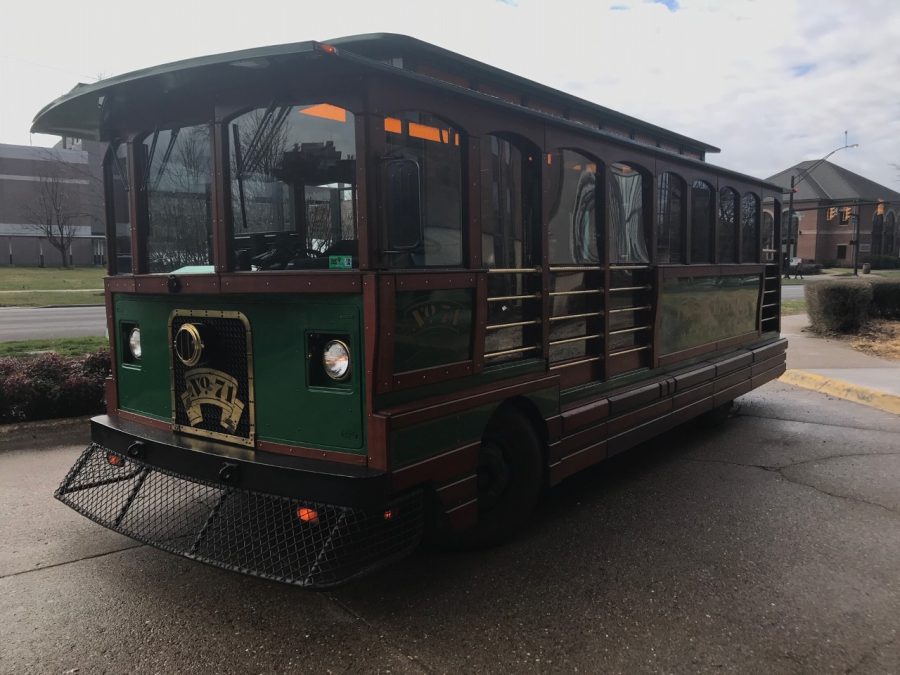 Important sites of Huntington’s African American history, as well as the guide’s upbringing and life, were explored by trolley passengers on Wednesday.

“He realized that it’s nice to have a hospital and treat people, but we need nurses, so he changed this into a hospital and nurse training facility and trained nearly 80 to 90 nurses,” Harris said.

Along the tour was the home of influential civil rights activist Memphis Tennessee Garrisons, who assisted in negotiations between African Americans and Steele company as well as approaching teaching of students in a holistic way, Harris said.

“She was an adviser to President (Lyndon B.) Johnson and she’s the one who convinced the President Johnson, I’m told, to issue the civil rights bill of 1965,” Harris said. “He was going to do it later, but she said ‘You need to do that right now Mr. President.’”

Another cite on the tour was Spring Hill Cemetery. The cemetery is important to the community due to its connection to the Marshall University plane crash, but it especially has significance to Harris because of his connection with one of the players, Nate Ruffin, Harris said.

“Nate had gotten hurt the week before, he hurt his shoulder,” Harris said. “He is now buried here because he had a problem, but he didn’t go on that trip and he was my little brother in fraternity and I talked him out of going, ‘Nate you just got married, why would you go while you’re hurt.’”

Harris said he encourages everyone to take a walk to Spring Hill Cemetery and view the burial site of the football team.

On the 20th Street corridor, Harris discussed the cultural aspect of the neighborhoods he grew up in and how his neighbors greatly impacted his upbringing.

Michelle Biggs, a passenger on the tour, said it is important to support the African American community by learning about and appreciating their history.

“Through the tour I was experiencing Huntington and its history through Harris’ eyes, and it shows how important his and other voices are” Biggs said.