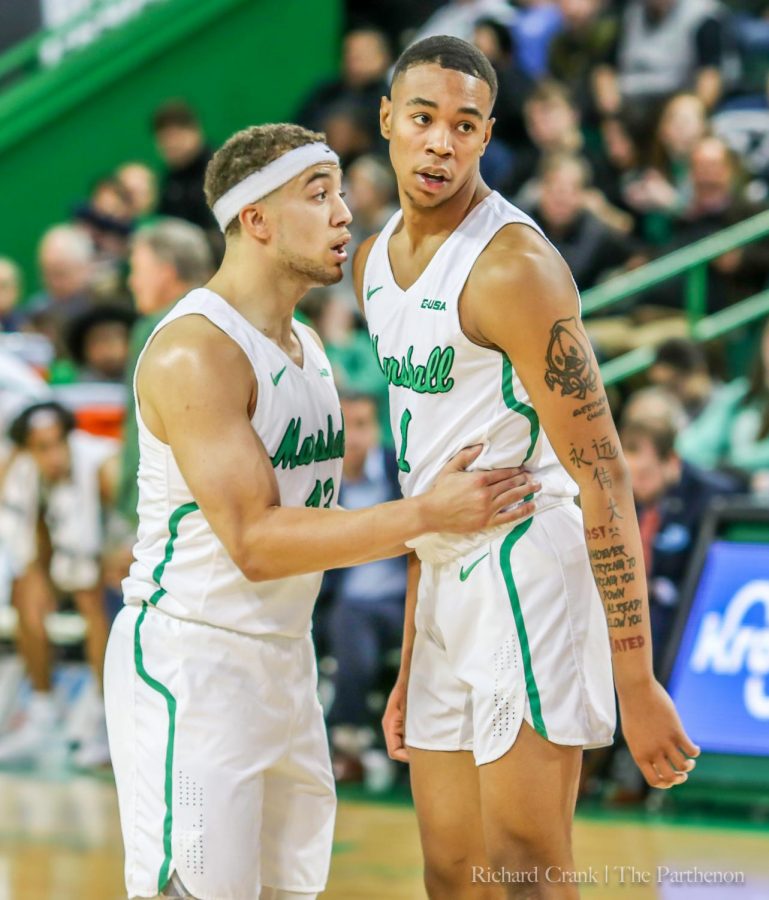 Junior guard Jarrod West and sophomore guard Taevion Kinsey huddled together to call a play during a game.

The Marshall University men’s basketball team will go on the road once again this season to Birmingham, Alabama to face the University of Alabama at Birmingham Blazers as a part of Conference USA’s bonus play schedule.