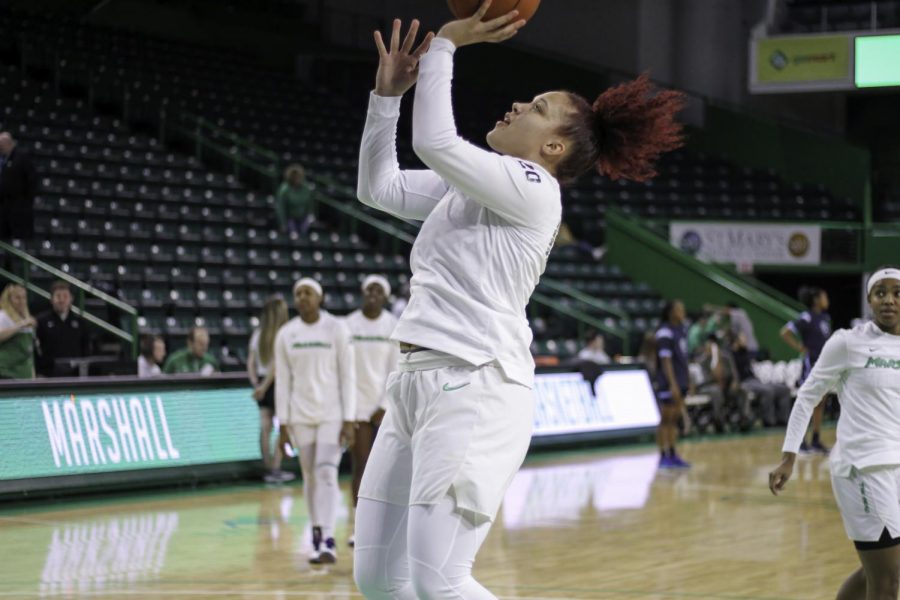 In its final home game of the season, the Marshall University women’s basketball team will face off against the University of North Texas on Saturday, Feb. 29 with a chance to improve to 7-9 in conference.

As it stands right now, Marshall is on the bottom end of a three-way tie for eighth place in the Conference USA standings. If the conference tournament were to begin today, the Herd would be slotted as a 10 seed, so the final three games will be vital in attaining a better position for tournament.

Looking at the standings and previous results, Marshall has an opportunity to move up in the standings. The Mean Green are tenth in the conference with a 4-11 record, and Marshall already beat North Texas this season by nine points in Texas.

However, diving deeper into the stats, North Texas holds a statistical advantage over Marshall in many categories including scoring offense and defense, field goal percentage, three-point percentage and rebounding.

An important category where the Herd does hold an advantage is assist-turnover ratio, although it is still a negative margin.

Nevertheless, most recently, the Mean Green are coming off its biggest conference win of the season in a 94-55 romp of UTSA, who Marshall also rolled over by 13.

Leading the way for North Texas is senior post-player Anisha George. She is averaging 14.0 points per game as well as 8.6 rebounds.

Freshman forward Destinee McDowell was an important cog in the offense averaging 11.1 points per game, but she has not played since the matchup with Marshall back in early January.

Both teams have had a week off to get ready for this re-match, which is set to commence at the Cam Henderson Center on Saturday, Feb. 29 at 1 p.m.