Athlete of the Week: Safiyyah Mitchell Women’s Track and Field 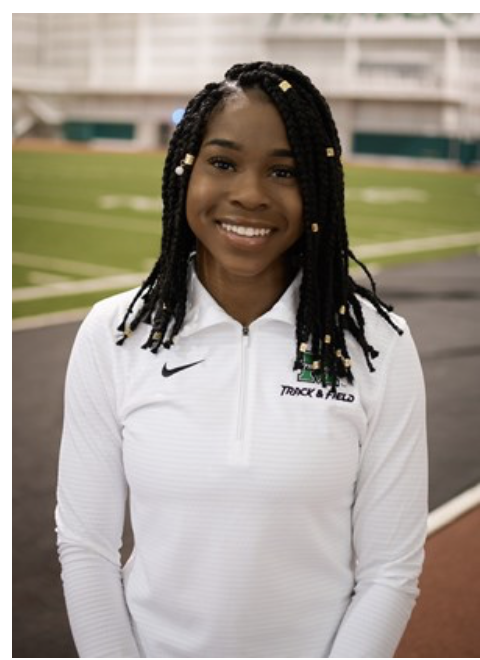 RESULTS OVER THE PAST WEEK:

(At the C-USA Indoor Championships):

After setting records at the Conference USA Indoor Championships over the weekend, senior sprinter/hurdler Safiyyah Mitchell has earned athlete of the week honors.

Running the 60-meter hurdles with a time of 8:53, Mitchell came in second place, making it four years in a row that she has achieved that exact distinction. She was also a part of the four-woman team that placed second in the 4×400 relay.

Gaining eight points from the 60m hurdles and two points from the 4×400 relay, she tallied a total of 10 points, which is the highest amount of individual points scored at the Conference USA Indoor Championships by a player in Marshall history.

With her 10 points in this year’s indoor championships, she has scored a total of 35.75 points in her career at the meet. That mark sets yet another Marshall record, breaking the 28.25 career points mark set by Vanessa Jules.

On the season, Mitchell has six first place finishes in the 60-meter hurdles.