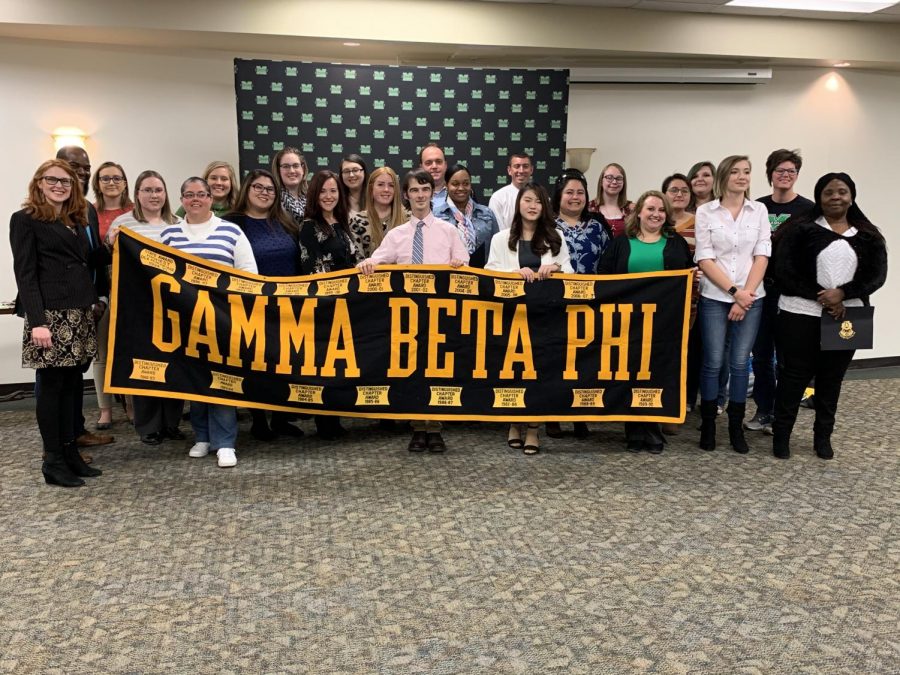 An honors society is changing the perception of being just a resume builder by striving to connect the campus to serve the community, said the society’s chapter advisor.

This semester, Gamma Beta Phi Honors Society plans to have hands-on interactions with the community and hope to be inspired at the society’s national convention Feb. 21 and 22 at the University of South Carolina Beaufort Hilton Head, said Megan Archer, Gamma Betta Phi chapter advisor.

“While at the convention, they will work with the local children’s hospital to create care packages and costumes as a service project to that community,” Archer said.

A similar service project could greatly benefit our local Hoops Family Children’s Hospital, said Becca Tomblin, Gamma Beta Phi vice president. Archer said she wants to return the favor and give back to the children’s hospital.

“They do so much for us, we should do something for them,” Archer said.

The convention is also an opportunity for the organization to focus on concepts like leadership development, chapter engagement, fundraising and how to get people more involved and engaged on Marshall University’s campus, Archer said.

“I hope to see more participation with our members and get more recognition throughout campus so we can join services projects and get everybody involved,” Tomblin said.

For the organization, there is not an issue of who is getting the credit for change in the community, it is about how collaboration can make a greater impact on the community, Archer said.

Last semester, the organization worked with the A. D. Lewis Community Center to give the children of the community a Christmas celebration, and Archer said the society would like to see that service to the community continue.

“We had so many toys that we had to make several trips to the A.D Lewis Center because our cars were filled up,” she said. “I was surprised by how many people participated. It was a good feeling and we want to keep that momentum going.”

Currently, the organization is doing a fundraiser with Pura Vida bracelets and Archer said those interested in more information may reach out to the anyone in the Gamma Beta Phi Society.

In the past, Gamma Beta Phi has been known as a resume builder and the organization is working hard to break down that perception because though it is an honors society, the most important aspect is the service component and giving back, Archer said.