Independent TEDxMarshallU event to include range of topics 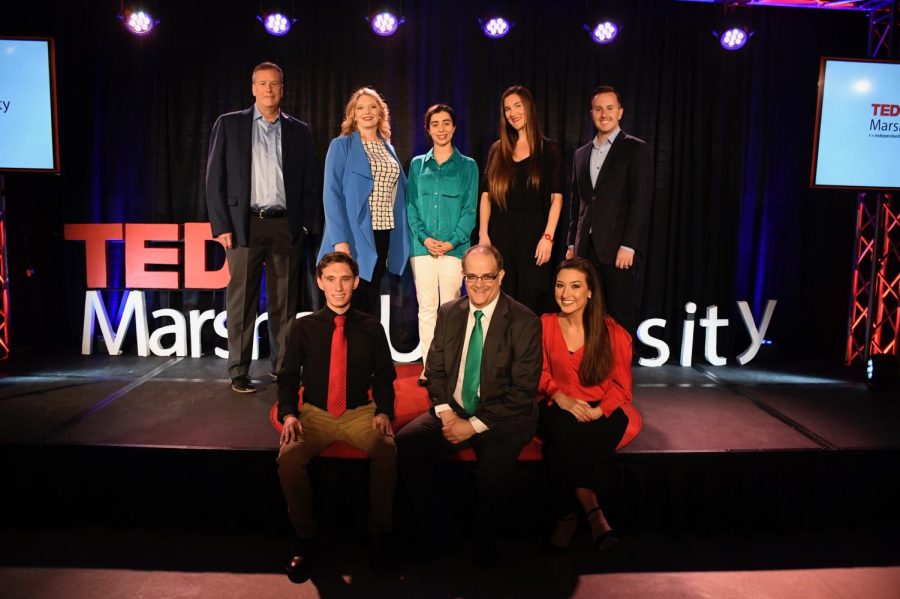 A TEDxMarshallU event, the second of its kind, will focus on bringing together different subjects, with six guest speakers at 5 p.m. March 14 at Huntington’s City Hall auditorium.

Hannah Petracca, student lead organizer of the event, said she is looking forward to the speakers sharing their stories. The speakers, including Woody Williams, will discuss topics ranging from extra terrestrial science to healing from natural disasters, Petracca said.

The talk will be published through TEDx a month after for the event, and “will be available for the world to see,” Petracca said. “It’s awesome to be a part of something worldwide.”

Student tickets to the event will be free and available in the coming weeks, Petracca said, while public tickets for individuals are $30 and $50 for two.

Petracca hosted the first TEDx event at Marshall last year as student body vice president, along with former Student Body President Hunter Barclay. She worked with an education professor, Brian Kinghorn, who is this year’s co-organizer along with Petracca.

“TEDx events are independently organized events hosted by universities or local organizations all over the world,” Petracca said.

Petracca said she is working with a talented group of students, as well as Kinghorn,  who are making the event possible.

“I’m thrilled to be a part of this year’s event and feel very lucky to be the student lead,” Petracca said.