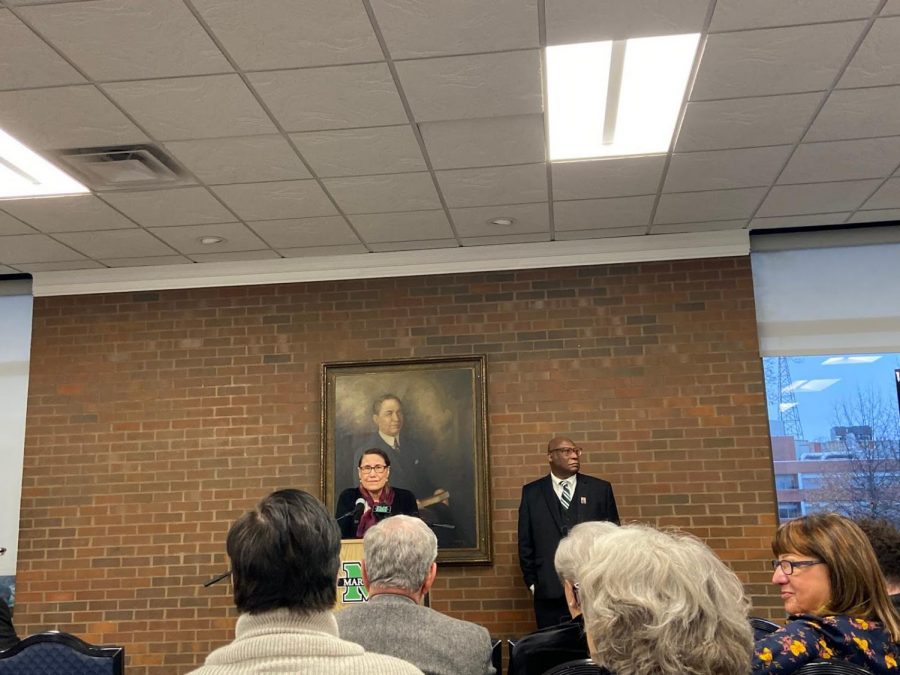 Evelyn Brooks Higginbotham, chair of the Department of History at Harvard University, said voting rights and the fight for suffrage among African Americans and women teach people about the struggle for equality, during Thursday’s annual Dr. Carter G. Woodson Lecture.

“The commemoration of these historic anniversaries provides an opportunity for celebration and for introspection, a time for contemplating both amendments in regard to one another, and in regard to their far-reaching potential, as well as their limitations,” Higginbotham said.

By examining the 19th Amendment and the women’s suffrage movement through a historical perspective, Higginbotham said it requires “looking at the past through a lens of truth” and “searching out that which has been hidden,” which can be painful.

Higginbotham said an example of historical amnesia of the role of black women in the movement is the erasure of Sojourner Truth from a monument dedicated to the 100th anniversary of the 19th Amendment.

“The women suffragists movement was vibrant in the African American community,” Higginbotham said. “The campaign was born out of the anti-slavery movement. And in the beginning, there were always white and black women who demanded gender equality.”

The rift that occurred between the African American movement and the women’s movement has been a topic of discussion among historians for years, Higginbotham said.

“White women suffragists who had been abolitionists, such as Elizabeth Cady Stanton and Susan B. Anthony, felt betrayed that women were not included,” she said.

While Truth agreed with Stanton and Anthony, many black suffragists, including Frederick Douglass, did not, as black men would finally be getting the right to vote. Though, in the South, poll taxes, grandfather clauses and literary tests proved to be barriers for black men at the polls and they were unable to cast their ballots.

“This moment right after the Civil War was the Negro’s Hour as they called it,” Higginbotham said. “And so they understood the all-male vote, which was about to be converted to the black men, to be an easier fight to win, an easier compromise than jeopardizing the vote altogether, was the more radical demand for women’s suffrage.”

However, in 1913, the National Women’s Suffrage Association led a march on Washington, which Higginbotham said is perhaps the first interracial march at the nation’s capital. Seven years later, when the 19th Amendment was ratified, and black urban migration acclimated in African Americans running for office and winning, Higginbotham said it “made possible far greater political opportunity and leverage for blacks as a group in the northern cities, and it also served to broaden black women’s perceptions of their own influence and activism.”