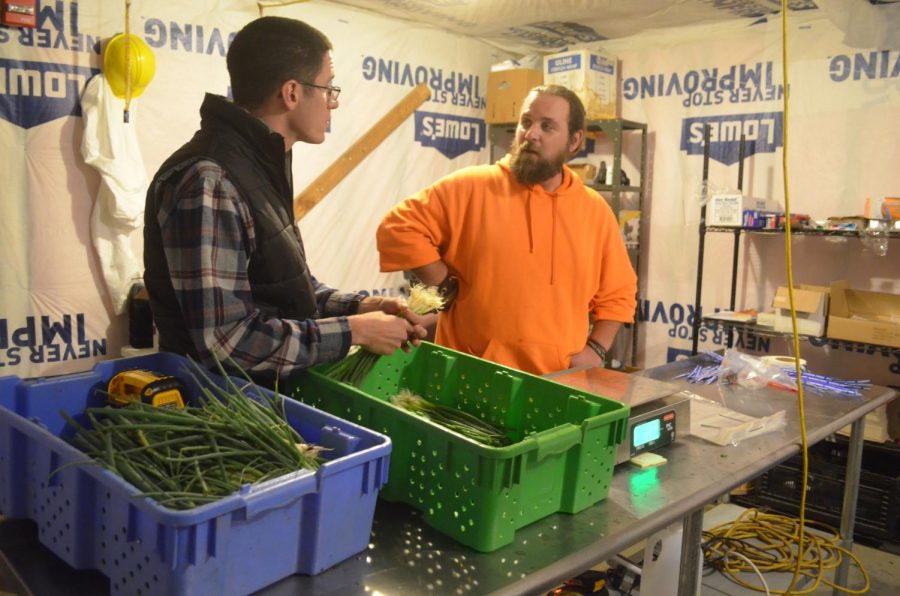 While previous generations will remember the old, factory building in Westmoreland as the Corbin Ltd. garment factory, Coalfield Development Corporation is refreshing it for a new generation of opportunities and memories.

One of the many opportunities building in the old factory is Refresh Appalachia, an economic and workforce development initiative working to transform lives with on the job training focusing on agriculture.

The initiative started in 2015 with the continuing decline of the coal industry.

“A lot of why we became into existence was because of the downturn of the coal economy and then the ripple effects that it had,” said Adam Hudson, director. “Whether it be displaced factory workers, displaced coal miners, trying to provide re-entry and job training opportunities for individuals who have been impacted by the downturn and by the lack of jobs that happen because of that.”

While the program originated with a target audience, they are open to anyone interested, such as newly graduated high school students and farmers. It has been used as a stepping stone for multiple members.

“Of course, we have some people come to the program and it’s not always a good fit, so they move on themselves,” Hudson said. “Also, there’s people who come in, they work here for a year and then they get offered a job making 15 or more dollars an hour and they take it, which is what we want them to do, not just in ag, but in related fields, too.”

The program can currently have around five crew members at a time and has seen five people complete the program from start to finish, which takes an estimated two and a half to three years.

Not only does Refresh Appalachia give opportunity to learn a new skill, but they help employees with professional and personal development using a 33-6-3 on-the-job training model, Hudson said.

“They work 33 hours a week on the job, getting paid on-the-job training,” Hudson said. “They’re attending community college for six hours a week, earning their associate’s degree or a related certificate of some kind. And then three hours are spent on personal development and that’s life skills, financial wellness, some critical skills that a lot of folks don’t have or have access to.”

Not only does the program work with crew members, connecting them with skills and education, but they are co-operating a food hub.

“On the flipside of that work, we also co-operate the Turnrow Appalachian Farm Collective food hub with multiple organizations,” Hudson said. “That works with local farmers across the state, sourcing products, like from one of our farms or from a local farmer to Butter It Up or Cabell Huntington Hospital or Capital Market in Charleston or The Wild Ramp. All across the state working with farmers and other organizations to move local produce too.”

The program is working to bring out the potential in West Virginian agriculture.

“We’re trying to buildup, bolster, strengthen, breathe life into the local food system that has not really existed, at least not to the level it needs to compete where agriculture is today,” Hudson said.

The program currently receives funding from federal and foundation grants.

“Our goal is to generate revenue to cover our costs, at least break even, so we can continue our mission to serve Appalachian farmers and communities,” Hudson said.

Hudson also said Refresh would love to work with Marshall University and students. The program is open to volunteer opportunities with students and possibly internships if they can figure out a way to compensate them.

“Short-term is okay or if you have to do it for a class, otherwise we would prefer, we don’t think it’s right as an organization,” Hudson said. “You’re putting in a lot of hours and a lot of time and we want you to do good work and if you’re getting paid, your quality of work is usually going to be higher.”

Not only does Refresh believe students working with the program deserved pay, but they also credit that to helping motivate their crew members in the program.

“Then they’re invested in it,” Hudson said.

Hudson explained that the program has a refreshing message

“[It] is a different approach than someone that comes from the outside to try to work within Appalachia or within a community because everyone that works here is from here,” Hudson said. “They know people, we know each other, we know the farmers we’re working with and if we don’t know the crew members or the trainees, we get to know them. It’s all about that relationship that’s critical to make this change that we really want to see happen.”