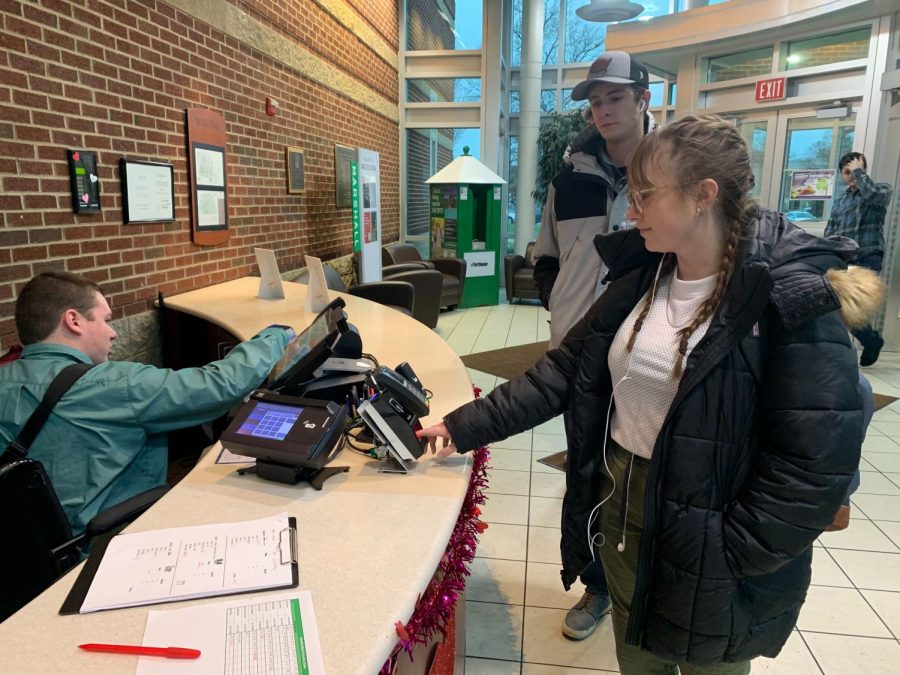 As the rising cost of college tuition continues to plague students across the country, even many of those fortunate enough to be able to afford attending a university are finding themselves struggling day-to-day to secure a sufficient number of meals.

“We might imagine that someone able to enroll in college surely has the ability to be food secure, but that isn’t always the case,” Amanda Farley, a junior psychology major at Marshall said. “We live in an area that struggles financially, and the students at Marshall aren’t excluded from that.”

Farley said when she initially read about the program via an email she received, she decided to donate two meal swipes, the maximum number currently allowed, thinking of another student she helped a couple weeks prior by using guest passes and FLEX dollars to provide meals.

“After that, I realized just how prevalent hunger is for college students,” Farley said. “Food insecurity is very real.”

Farley said her meal plan consists mostly of FLEX dollars and that at the end of last semester, she had 36 leftover meal swipes that were never used and could have been shared with other students.

“I’m sure I’m not the only one with meal swipes that could be spared,” she said. “I’d gladly donate more, and I know others would too.”

Kane Morrone, a junior marketing and entrepreneurship student who helped to form the new meal share program, said the two-meal donation limit may be renegotiated with Sodexo in the future to allow students to share more meals if they are capable.

Morrone said the two-meal limit will serve as a way of gauging how much interaction the program generates across campus, while previously the amount of food insecurity amongst students has been difficult to determine because of stigmas related to seeking help.

“This gives us real numbers on who can utilize this program,” he said. “It’s exciting to see positive steps being taken to provide the care and help students really need.”

Marshall President Jerome Gilbert said the university is just one of many across the country attempting to address problems related to food insecurity for students.

“It shows that our students are concerned about their fellow students, and they realize that there are students that are struggling financially on our campus,” Gilbert said. “Food is something that no one should be deprived of.”

To share meal swipes or to request to receive meals, students may visit https://www.marshall.edu/student-affairs/mealshare/ or contact student advocate Michelle Biggs in room 2W32 in the Student Center or at 304-696-2284.

Marshall students also have access to the university’s Food Pantry, which is located in the Tri-State MRI building at 1802 6th Ave in Huntington.