PROGRESSIVE PERSPECTIVE: Joe Rogan is on our side 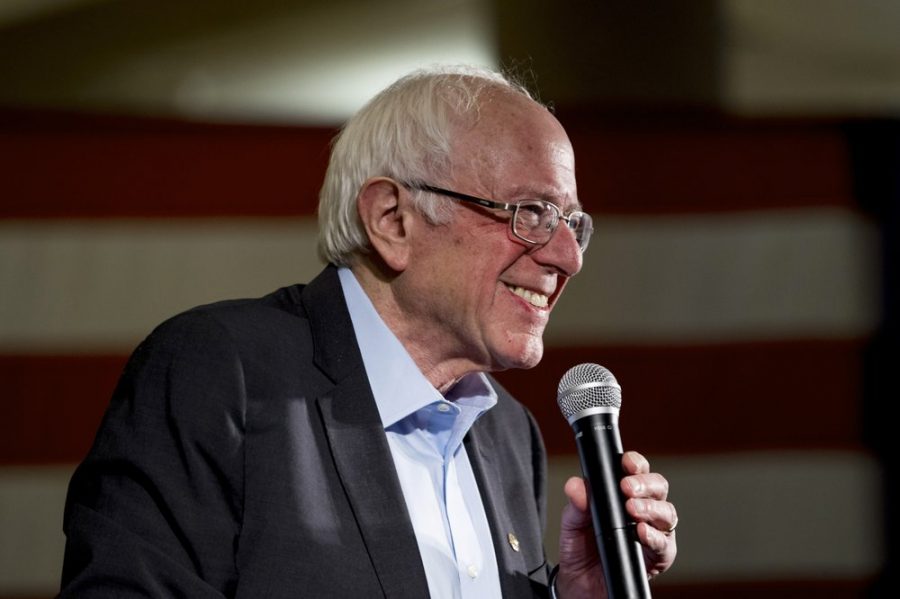 As videos surfaced in recent weeks of Joe Rogan’s unofficial endorsement of Sen. Bernie Sanders, I-Vt., for president, shameless neoliberals and other confused Democrats, left-leaning voters, failed consultants and media propagandists have ratcheted up their bad-faith smears of the most populist campaign in American history tenfold.

While the Sanders campaign and most its supporters will consider themselves no strangers to being concern-trolled and unjustly criticized by just about everyone in mainstream political discourse and corporate media in America, this most recent instance comes across as particularly egregious and, frankly, hilarious.

First, the idea of being so outraged by the casually expressed political opinions of a podcasting cage-fighting commentator and comedian who has recorded hundreds upon hundreds of hours-long individual videos discussing topics ranging from DMT to a universal basic income just seems funny on its face. But the issue is, of course, actually much deeper than it seems.

That so many major political and corporate media figures have expressed such serious outrage at this situation reveals that each of them knows Rogan’s podcast—his personality, platform and therefore his endorsement—actually probably holds much more weight with average, working-class Americans than does the endorsement of, for instance, The New York Times.

After all, let’s face it, while every single episode of Rogan’s podcast attracts millions upon millions of views and listens on YouTube and other streaming platforms, the average American has very little trust in mainstream corporate media outlets. In fact, the most recent Gallup studies from last year reveal that only 13% of the American public have “a great deal” of trust in mainstream media, while just 28% claim to possess “a fair amount” of faith in the decidedly sketchy truth-telling principles of corporate media outlets.

Regardless, though, of whether Rogan’s endorsement carries much weight with the American public, this whole feigned outrage and backlash toward the Sanders campaign for touting his endorsement remains all the more incredulous for those who have actually watched the comedian’s podcast.

In a recent episode, Rogan told a guest that each of the contenders for the Democratic presidential primary had requested an appearance on his show, but he only accepted the offers of Sanders, Andrew Yang and Tulsi Gabbard, D-Hi., likely because of their anti-establishment, pro-populist principles. Thus, many of the same Democratic politicians and their cronies who run supposedly progressive organizations who have criticized the Sanders campaign in recent weeks were also fighting for Rogan’s endorsement—or at the very least to also appear on his show—up until the moment he endorsed Sanders, and each of them almost certainly would have bragged about it in a campaign ad as well had Rogan chosen to support them instead. It is also worth mentioning that many of these same so-called “moderates” welcomed with open arms the 2016 endorsement of Hillary Clinton by war criminal Henry Kissinger. Lying the country into various illegal wars and being responsible for the deaths of countless innocent civilians? Crickets. Being a genuine, honest person and comedian who sometimes makes politically incorrect statements and pushes the barriers of mainstream American discourse? Outrage.

The mask is off. The outrage is insincere. All of it.

Irrespective of all the madness, however, democrats digging up Rogan’s past offhand comments made in attempts at edgy—and often cringy—jokes are missing the most crucial reality of all: Joe Rogan is a perfect example of the type of voters democrats claim to know they need to win in order to beat the prospect of awarding President Trump a second term in office.

While certainly no bleeding-heart liberal whose heart is firmly grounded in the blue-hair hipster scene in areas of the country such as San Francisco and Portland, Rogan’s views on politics and modern American society in general are widely representative of the massive portion of American voters who consider themselves disaffected and unrepresented in modern politics—and who, for all intents and purposes, support a populist progressive agenda such as the one Sanders has been pushing for decades longer than anyone else in the country, even while his most popular competitor, Elizabeth Warren, was still a Republican.

On his podcast, Rogan recently said he would “probably vote for Bernie” because he “believe(s)” in him and likes him “as a human being.” Furthermore, he said about the Vermont senator and now frontrunner in the Democratic primary that, “He’s been insanely consistent his entire life. He’s basically been saying the same thing, been for the same thing his whole life. And that in and of itself is a very powerful structure to operate from.”

Rogan supports the rights of immigrants and other minorities to seek asylum and to exist peacefully without the threat of hatred and bigotry. He supports education for all and healthcare for all. He wants to legalize, tax and regulate marijuana and other drugs with medicinal value. And the list goes on and on. At his core, Rogan believes in fighting for the little guy against the oppressor and that reasonable, regular people of all backgrounds and ideologies ought to unite under and organize around shared basic values to overcome perceived differences and form a more massive movement for justice and righteousness. Sanders has been fighting for these exact values for decades.

Like most Americans, Rogan is not only not turned away by Sanders’ lack of effort to present himself—and his ideas—as a traditional politician in a world of unprecedented inequality and gross corporative takeover of a political system seemingly controlled by narcissists and sell-outs, but rather, this is what attracts him. This appeal is what makes the Sanders campaign so special and renders it more capable than any other of inspiring the half of the country that regularly stays at home on voting day to come out and vote for a political anomaly who has been fighting on their behalf for decades, even when doing so was wildly unpopular (and still is in Washington D.C.).

Rogan may not be as politically-savvy as would be ideal for voters in such a broken political system, but he does have common sense and, like most Americans, a keen sense of when someone, particularly a politician, is not being genuine and is lying straight to his face. Rogan and millions of others who had previously given up any hope of seeing genuine political representation in their lifetimes have again found such hope in the Sanders campaign as they have never found in any political campaign prior, and that is precisely why corporate democrats and mainstream media propagandists are so outraged at this “endorsement” (and, not coincidentally, a large part of why they teamed up to rig the 2016 primary against Sanders and ended up losing to a reality TV show host to begin with).