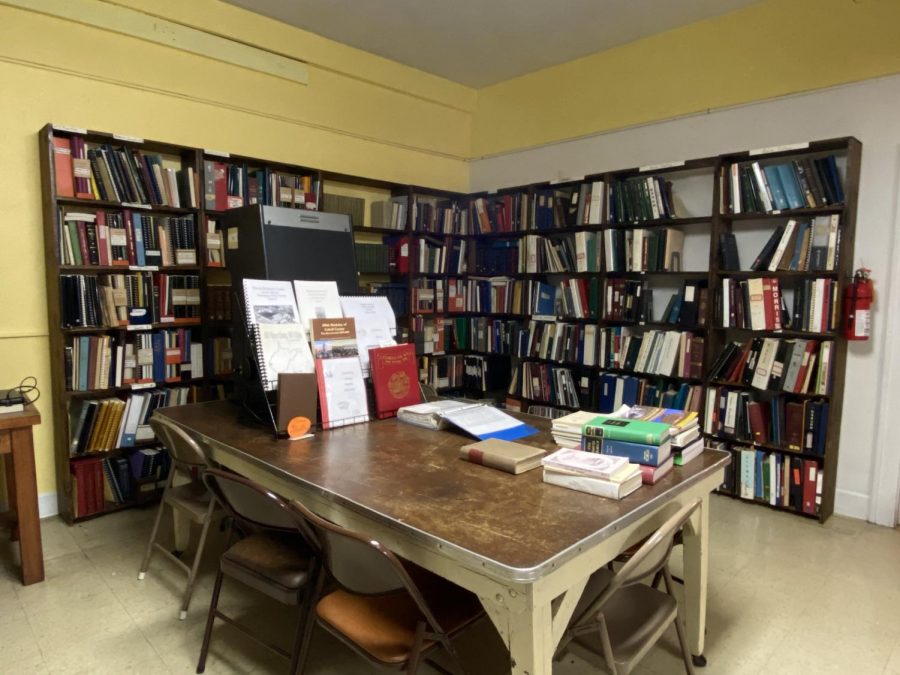 Tucked away in the basement of a green-domed church in Huntington’s West End is a little-known library filled with history. KYOWVA Genealogy and Historical Society, formed in 1978, is a nonprofit organization that aims to be a resource for those interested in learning more about their family roots and local history.

Debbie Campbell, president and librarian of KYOWVA, said the genealogy society’s story is an untold one, as they are one of the only genealogy societies left in the region.

The group’s library includes alphabetized family histories, as well as histories from Cabell, Lincoln, Logan, Kanawha and Wayne counties. Campbell said with the invention of the internet, interest in genealogical research has increased, but she warns that it may not always be as accurate as historical documents, including those found in the KYOWVA library.

“You can’t get everything off the internet,” Campbell said. “And what you have gotten sometimes is not correct. It’s only as good as the person that contributes it. Most of what we have was before the internet was ever invented.”

The KYOWVA Genealogy and Historical Society offers resources for Marshall University students and their class projects as well, Campbell said.

“We have several history majors that have come down, and they’ve either spoken or came down to do research on the projects that they’re working on,” Campbell said.

The KYOWVA Genealogy and Historical Society convenes once a month in March through December, and they try to have a speaker to discuss an aspect of history at each meeting. Though the group does not meet in January and February, Campbell said they take appointments all year.

“(It’s) one of the free things around; it’s a good hobby because it’s free unless you want to put money into traveling, or DNA or something like that,” Campbell said.

As a nonprofit organization, there is no cost involved with making appointments, though Campbell said they accept monetary donations. The society also accepts family histories and other antique, historical and personal items, such as photographs and diaries. Members of KYOWVA Genealogy and Historical Society catalogue each donation into the appropriate book or folder, and Campbell said each book is thoroughly researched and documented. Many of the items are family histories compiled into three-ring binders, while others are published archives.

“You just never know what you might find here; we get donations of different things,” Campbell said. “We’re just willing to help, and everything’s marked and catalogued and easy to find.”

Part of the collection came from another genealogy society in Kanawha County that closed. There were close to 1,000 family trees and pedigree charts in the collection, Campbell said.

“Luckily all of their stuff, even if it was handwritten, was indexed,” she said.

Another large piece of the collection, consisting of family files and other histories, used to belong to Buffalo Middle School employees, and the owner donated part of it to the KYOWVA Genealogy and Historical Society.

Those interested in coming in and learning about their family histories can make an appointment, either by email at [email protected] or through the group’s Facebook page, KYOWVA Genealogical and Historical Society, and someone in the organization will help them get started and conduct research, Campbell said.

Though the group’s resources are not a lending library, Campbell said if someone wants them to complete research from out of town, they will do so for a donation.

“Usually they get their money’s worth,” she said. “If they don’t know how to research, we’d be glad to work, sit down and work with them.”

The KYOWVA Genealogy and Historical Society is located at 901 Jefferson Ave., in the basement of the Second Presbyterian Church in Huntington.