EDITORIAL: Ushering in a new decade 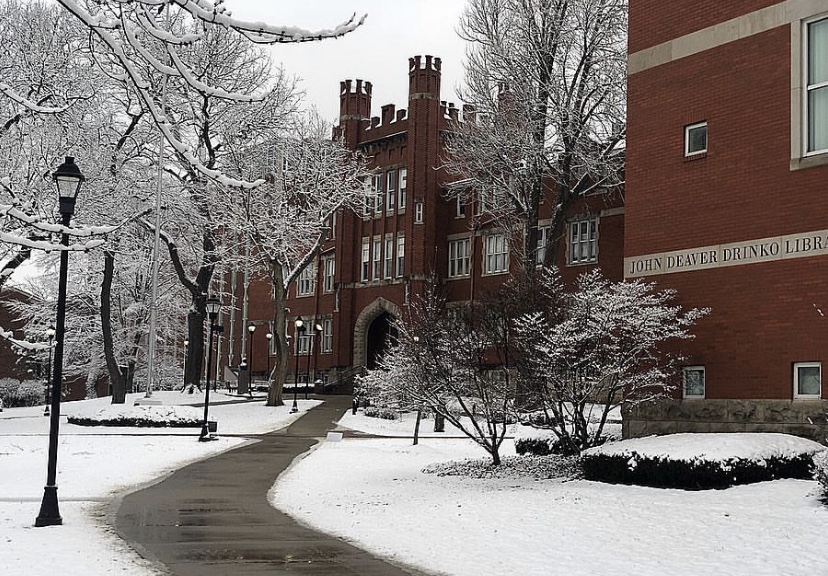 A winter day on campus this past March. While students have come and gone, all have left their mark on campus.

It’s the end of an era. Another ten years has come and gone. It’s been quite a decade, and soon we’ll be entering the 2020s.

You may have seen, or even participated in, the popular “Decade Challenge” on social media, in which people compare pictures of themselves at the beginning and end of the decade. Some posts are humorous and others touching. Everyone has changed somewhat in the past ten years, to say the least.

For many students at Marshall University, we’ve grown up a lot since 2010, when we were still younger than 10 or not quite teenagers. Look at us now; some of us are preparing to graduate. Some of us have our first “grown up” jobs, while others are working toward goals of doctorate degrees and getting accepted into research programs. We’re making our mark around the world.

Believe it or not, we’ve improved our campus by attending, and future students will only continue to help our community and make Marshall a home to all. Each and every one of us has made a positive impact in Huntington during our time here. Marshall President Jerry Gilbert expressed his appreciation and thanks for the campus community in a recent press release.

“Just last week, I was listening to an award-winning faculty member talk about her passion and love for teaching and for her students. I’ve gone out on several Saturday mornings to witness the incredible work of our Marshall Medical Outreach for the homeless and indigent,” Gilbert said in the release.

“Our Student Government Association is working to expand our food pantry and develop a system for students to share extra food points with others who may be hungry. Our Classified Staff Council is again sponsoring a free meal just before Thanksgiving for any student who is still in town. Our researchers and staff are working with those in recovery and they are having great success. Marshall alumni and supporters are giving to need-based scholarships to help students pay for college. And, there are many more examples of acts of kindness and compassion in our university community.”

Following the rush of Black Friday and entering the hustle and bustle of another holiday season, it feels like any other year. But this year, why not expand on the “Decade Challenge” and see what changes we’ve gone through. Last issue, we wrote about giving thanks, and while we can do that as well now, there are other things to consider.

Look how much the world has changed in a decade. The first iPad was released in 2010, and new versions of this and other popular technologies are being released each year. In 2011, the human population hit 7 billion, according to the United Nations Population Fund. And it’s only going to grow, which is something we need to consider. The future involves all of us.

What can we do better in the decade to come? We can register to vote and exercise our right to vote. We need to help the earth, because climate change is real and has the potential to be devastating. For those growing up right now, just born or not yet born, we have to consider what kind of future we’re leaving behind for them. It is clear that our decisions don’t just affect us and our generation, but they’ll continue to affect generations to come, including future Marshall students.