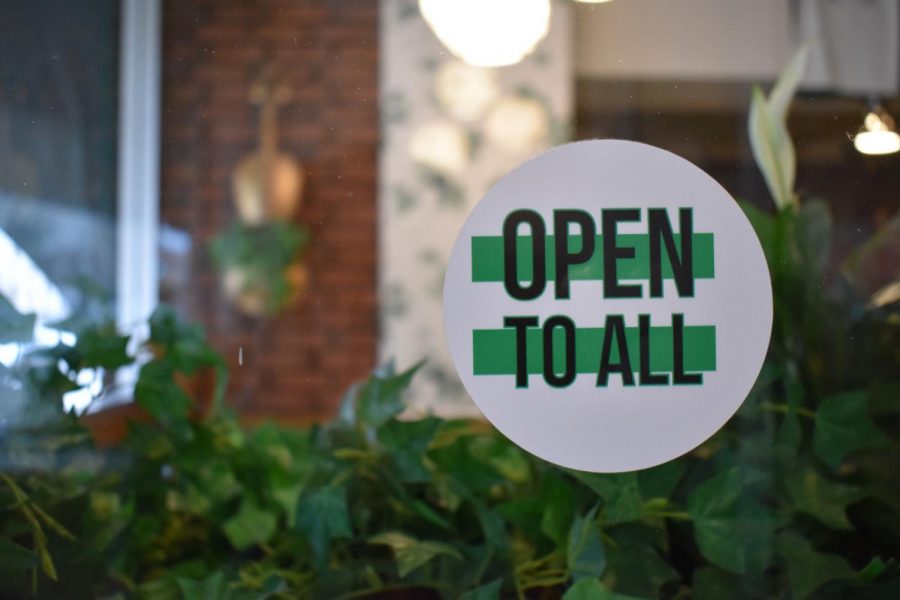 Jim’s Steak and Spaghetti House in Huntington has been an Open to All member since January 2019 and displays the sticker on the entrance to the business.

Making strides toward equality, Huntington is now the first city in West Virginia to earn a perfect score in the Human Rights Campaign’s Municipal Equality Index.
According to the Human Rights Campaign’s website, “the Municipal Equality Index (MEI) examines how inclusive municipal laws, policies and services are of LGBTQ people who live and work there. Cities are rated based on non-discrimination laws, the municipality as an employer, municipal services, law enforcement and the city leadership’s public position on equality.”
This is the seventh year of the annual rating. Scores are generally gathered for the top five populated cities in each state. Huntington officials were not fully aware that they were being scored until 2014.
“2014 was the first year that we really became aware of it,” Bryan Chambers, communications director for the city of Huntington, said. “We received a 45 that year and that’s why it was brought to our attention.”
Mayor Steve Williams was in his second year of office when the 2014 ratings were released. Chambers said he looked at them as a sign for change.
“Because diversity and inclusion was such an important issue for the mayor, he saw that and said ‘number one, that’s unacceptable, and number two, I want to use their score card as a template for moving forward,’” Chambers said, “about how we position ourselves in government as an operation, but also with how we position our community.”
Since the low scoring, Williams and his staff have helped form the LGBTQ advisory committee, diversity advisory committee, the Open to All campaign and other projects focused on diversity and inclusion.
Huntington’s score is the highest of the scored cities in West Virginia for the fourth consecutive year. It is also one of only 88 cities with a perfect score out of 506 ranked nationwide, something Williams said is just the start.
“Receiving a perfect score in the 2019 Municipal Equality Index validates what our community already knows—that Huntington is a city of honor, respect and compassion,” Williams said in a press release. “And while we have made strides to become more inclusive in Huntington, our work is not done.”
While Huntington is setting a precedent for inclusivity, Chambers said officials hope to lead by example.
“If we’re going to talk the talk, we have to walk the walk first,” Chambers said. “If we’re going to be encouraging individuals, businesses, nonprofit organizations and houses of worship in our community to be more inclusive, then the city government itself must first position itself to be inclusive.”
Huntington officials plan to continue working toward inclusivity not only in the community, but everywhere. Chambers shared the mayor’s views for continued work.
“We aren’t going to rest until everyone has a seat and voice at the table,” Chambers said. “Because that’s the only way our community can move forward.”