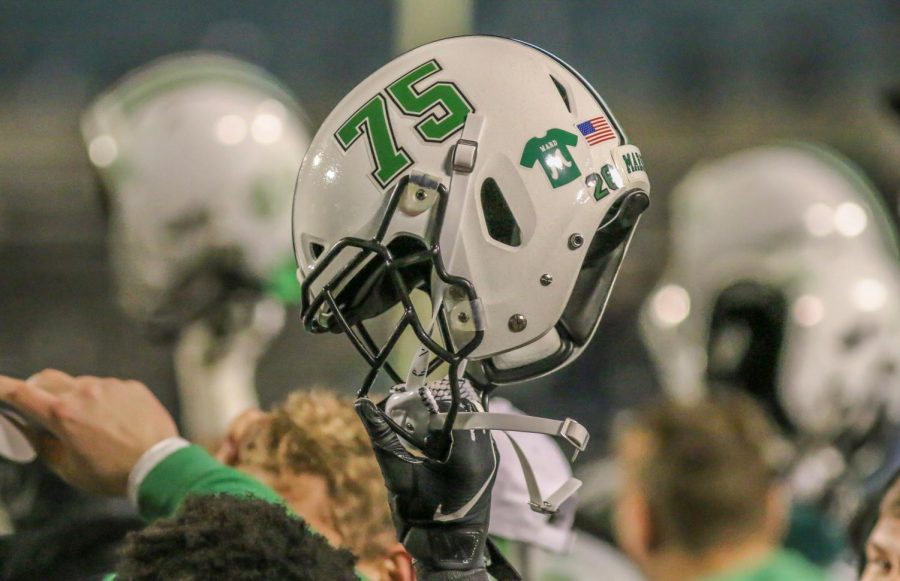 The Marshall University football team mutually agreed that the 75 victims from the 1970 plane crash were with them against Louisiana Tech Friday night from the coincidences that lined up to propel the Herd to a 31-10 victory.

“It is definitely one of those things that shows they (the 75) are on our side,” redshirt sophomore running back Brenden Knox said when asked about the fumbled snap by Bulldog punter on the one-yard line.

The matchup started out without much action when both teams went three and out on their first drives. Then, the Bulldogs found the end zone first as junior running back Justin Henderson barreled in from five-yards out.

Redshirt senior kicker Justin Rohrwasser made up for a missed field goal from 31-yards earlier in the half by nailing a 44-yards to get his team on the board to make it 7-3.

As the nerves settled, Marshall attacked LA Tech’s defense two more times before the half. A flea flicker play to secret weapon senior wide receiver Obi Obialo got redshirt sophomore quarterback Isaiah Green’s offense in position for the 18-yard touchdown pass to redshirt junior Willie Johnson on a loft to the back right end zone.

Obialo announced earlier this season that he would not play this year due to a lingering injury, but Head Coach Doc Holliday snuck him into the lineup. He finished the game with a career high eight receptions with 146-yards.

With 31 seconds left in the first half, Knox punched it in from one-yard out off of LA Tech’s fumble to put Marshall up 17-7 at half.

LA Tech struck first in the second half on a 38-yard field goal from redshirt senior kicker Bailey Hale to bring his team within one score at 17-10, but the Thundering Herd defense shut the Bulldogs down the rest of the half.

“We came out hitting them,” redshirt junior linebacker Tavante Beckett said. “We held them to only 67-yards rushing, so that is great defense and play calling by the coaches.”

To end the third quarter, Green took it himself for 17-yards and found the end zone for the third time this season, rushing to extend the Herd lead to 24-10. Green finished the game with 213 passing yards, one throwing touchdown, one rushing touchdown and one interception.

“Throwing Obi in there gives defense headaches,” Green said. “Obi made a couple big plays, and that just opened it up for Knox, and you know how it goes once he gets going.”

Another one of those “weird” plays lined up in the fourth quarter as LA Tech was driving down the field on the Marshall defense, but an ill advised snap sailed over the head of freshman quarterback Aaron Allen, setting the Herd up in great field position and taking away a Bulldog opportunity to cut into the score.

Knox would cap off the game with a four-yard run to make the ending score 31-10. He finished with 113-yards and two touchdowns, and he also broke into the top 20 Marshall rushers of all time as a redshirt sophomore.

“I am just so proud of the way our kids showed up and played the game,” Holliday said.

The Herd will travel to Charlotte Saturday Nov. 23 to take on the 49ers in another step towards the Conference-USA Championship game.