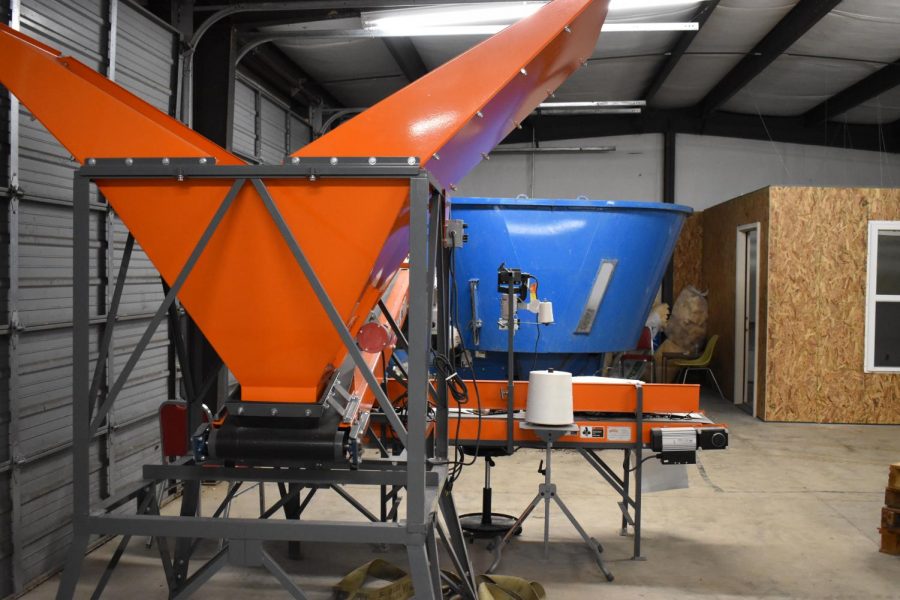 West Virginia’s first commercial compost facility is located in Huntington and is set to open this spring.

Sustainability Manager Amy Parsons-White said the idea started small when she began looking into creating a compost bin for the campus garden.

“I thought, well, it’s silly that we’re paying for our own dirt, and it’s turned into a large-scale compost facility,” Parsons-White said. “We got a large donation from a community member, and that kick-started everything.”

The facility is located in Marshall’s University Heights area on Norway Avenue in Huntington and will contribute to the university both environmentally and financially.

The organic waste taken from campus will be brought to the facility and turned into fertilizer with the help of multiple pieces of equipment and a worm bin, which will house 50,000 earthworms.

The new facility will also benefit the community, Parsons-White said, by working with the Marshall Gro Recovery Program.

“The program is based on the Gro Model; it’s a nature-based fellowship, and they work with people that are in recovery and use emotional intelligence development and working in nature to help people grow emotionally,” Parsons-White said. “That’s a big piece that’s missing in a lot of recovery fellowships; if you don’t grow emotionally, there’s a higher rate of relapse.”

Participants in the program will work in the compost facility or community gardens and upon completion will have the option to receive job training to become master gardeners or certified compost workers.

Parsons-White said the compost facility at University Heights is phase one of a more long-term plan to convert the land into an agriculture-hub.

“The College of Science and the Department of Natural Resources and the Environment are in the planning stages of a new major on campus: specialized urban agriculture and sustainability,” Parsons-White said. “Phase two will involve putting in a hydro-house for year round vegetable production and three greenhouses, so we will actually grow all of the plants that you see on campus instead of having to order out.”

Parsons-White said Coalfield Development has stepped in and committed to providing a pop-up market for the area as well.

“We could take food stamps through that, so we could sell fresh produce to the community in an area that’s actually a food desert,” Parsons-White said.

The Sustainability Department is also working with Stepping Stones Home for Boys, a child welfare provider in Wayne County, in building a tiny home community.

“They’re building green houses and gardens, and we get to go out and help them,” Parsons-White said.

Residents at Stepping Stones will also be offered free job training at the new compost facility as they are willing and able to work.

Funding for one additional piece of equipment is needed before the facility can officially open its doors in 2020.