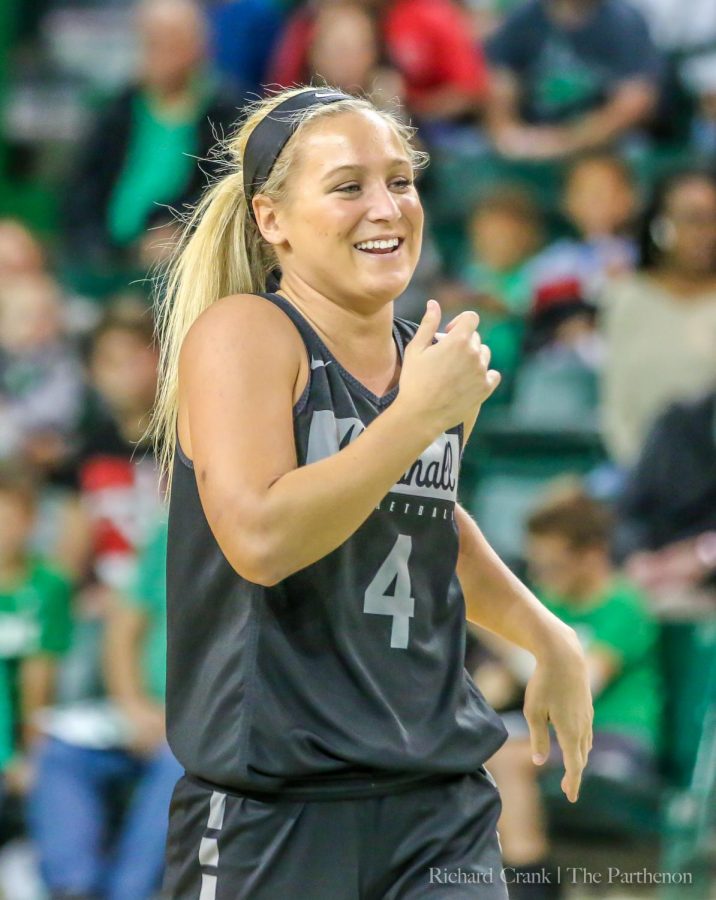 Three-point shooting success lifts Marshall over the Spartans of Norfolk State to give the Herd its second win on the season.

“We started pretty good and we made a lot of shots early,” Head Coach Tony Kemper said. “We were pretty good defensively too; we knew they were going to be a lot of trouble in transition, and I think we handled that pretty well in the first half.”

Norfolk State’s leading scorer was redshirt senior Chanette Hicks who had 18 points and went 6-16 from the field. Norfolk State as a team had 20 second-chance points, which helped them battle back from being down by 23 at one point in the game.

Marshall started the game off on fire when they took a 29-12 lead at the end of the first quarter. In the first quarter, junior Taylor Pearson was 3-3 from the field and had eight points. Marshall forced six Norfolk State turnovers in the quarter, which resulted in nine points for the Herd.

Marshall headed into the half up 47-30 off of help from junior Kristen Mayo’s 11 points in the half while the team shot 44.4% from the field. Norfolk State’s Hicks kept the Spartans in the game at the half with five points and four assists.

Norfolk State battled back in the second half to take a one-point lead late in the game, but the Herd’s Wheeler came in off the bench and hit two quick threes to help secure the win for Marshall.

“When it’s a tight game like that, you have to learn how to step up and make big shots,” Wheeler said. “It wasn’t just me, the whole team made some big shots.”

Marshall improves to (2-0) on the season and will be traveling to Ohio University Nov. 13 to take on the Bobcats.