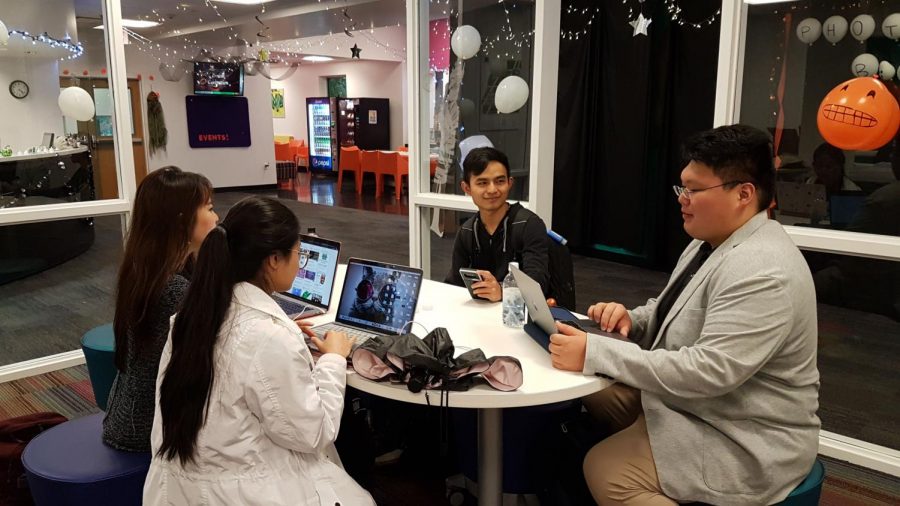 The process of acquiring an on-campus job is often more time-consuming for international students than for domestic students as a result of the various required certification letters from designated school officials.

Unlike most students, international students who are on the F-1 visa can only apply for off-campus employment in cases of severe economic hardship, according to U.S. Immigration and Customs Enforcement. Therefore, the most convenient way is to apply for on-campus jobs, and the F-1 student’s total work hours for all jobs cannot exceed 20 hours a week during the school term.

Marshall University graduate student Jummy Adegoke now has two part-time jobs as a cashier at Steak ‘n Shake in the Memorial Student Center dining hall and a front desk position at INTO Marshall.

“When I got here in INTO, on my first day of school, I was already asking around how I can get jobs around here,” Adegoke said. “Now, I divided my time to work at Sodexo and INTO. My parents can afford tuition, but I have some personal bills that I need to pay, so I needed to find jobs right away.”

In addition, the process to get on-campus jobs for international students requires more time than for domestic students. An F-1 student will need certification letters from the designated school officials (DSO) and the employer, and the student must present these letters to get a social security number, according to U.S. Immigration and Customs Enforcement.

The majority of international students tend to work two or three jobs at the same time because the out-of-state tuition and fees are more expensive than the in-state rate, and parents back in their origin countries sometimes can only afford tuition. As a result, many students who study abroad said they have to work multiple jobs to pay for their living expenses.

Ngan Bui, a junior student from Vietnam, said she has two part-time jobs and one seasonal job at Marshall.

“One of my part-time jobs is working as a front desk for INTO center, and I’m also a tutor for athletes,” Bui said. “The seasonal job is I’m International Peer Educator (IPE) at INTO, my main responsibilities are taking new students around campus and informing them with events at Marshall during their first few weeks.”

However, some overseas students said it is not easy to find an on-campus job that they can balance along with  studing and other school work.

Trang Nguyen, a graduate student from Vietnam, said a graduate assistant (GA) is the position that many graduate students want to get, as this job allows more time to study and they can work, but it is not easy to obtain this position.

“My major is MBA and I applied for a GA position in my department many times,” Nguyen said. “Even though the Lewis College of Business opens many GA positions every semester. I still didn’t get it because my bachelor’s degree is not related to my master’s degree.”

Nguyen said because of the heavy assignments in her major, if she applies to work at Sodexo, she cannot spend the majority of her time studying.

Mugdha Khaladkar, a graduate student from India who has worked at Sodexo for over a year, said it is hard to balance her time for studying.

“I applied for some GA positions, and I got two interviews. I was selected for one GA position, but because I just finished my study at INTO and there were some terms, I could not take it,” Khaladkar said. “At the beginning, I worked night shifts a lot, usually from 3 p.m. or 7 p.m. to 1:30 a.m. And they can let me work 15 hours only, which is nothing, so I asked them for more hours. They sent me to the dish room, and at Harless Hall, I used to work everywhere whenever they needed me.”

Khaladkar, who is now working at Chick-fil-A in the MSC, said the job is hard for students.

“I am now working at Chick-fil-A on campus, it is way too hard,” Khaladkar said. “They don’t have enough people to work. We were told that they need around 25 to 30 people, but they just have 15 or 20. It’s way too hard because me and my friend have worked here for eight months so we know how to work. So, there is a lot of pressure for me to work in the back.”