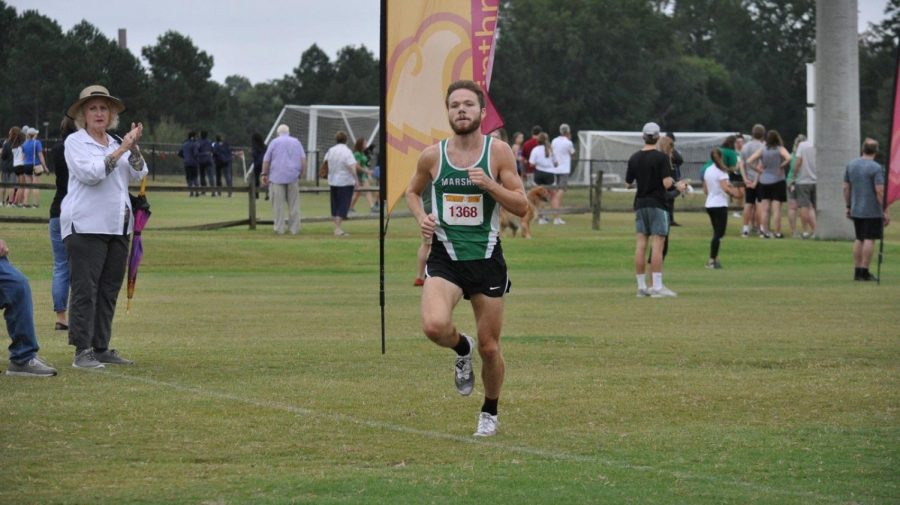 Alex Minor led the way for the Herd placing second in the Evansville Invitational.

“Our main goal coming into the race was to pack up really well in the front,” Assistant Coach Caleb Bowen said. “The men ended up getting five in the top ten and that was our goal coming in. It was the same on the girls side, our top four were really strong.”

The men’s squad accounted for five runners in the top ten while senior Alex Minor led the way for the Herd finishing second with a time of 25:21.2. Following Minor in back-to-back fashion were freshman Evan White (25:27.6) and redshirt senior Daniel Green (25:43.6).

“The conditions were perfect for us,” White said. “Alex Minor and I ran together the whole way so we were just pacing ourselves the whole way.”

Charleston native, freshman Jacob Birurakis placed eighth with a final time of 26:03.0 and junior Joel Krznaric finished out Marshall’s runners in ninth completing the race in 26:04.9.

The success carried over into the women’s side of the race too with the Herd finishing with two top nine runners and a score of 67 to claim second behind Morehead State University’s score of 36. Freshman Sydney Smith set the pace for Marshall finishing the course in 18:57.3 and placing fourth overall.

“You can not really ask for a much better course,” Smith said. “It was really smooth, completely flat and all grass.”

Even though some of the top runners were held out of the race, with Marshall’s top three finishers in this course being freshmen, the future looks promising.

“It is nice to have good group to train and run with,” Muller said. “Since we are all young the future definitely looks good.”

The squads will look to use the meet as a confidence booster for the Conference USA Championships on Saturday Nov. 2  at Western Kentucky University.