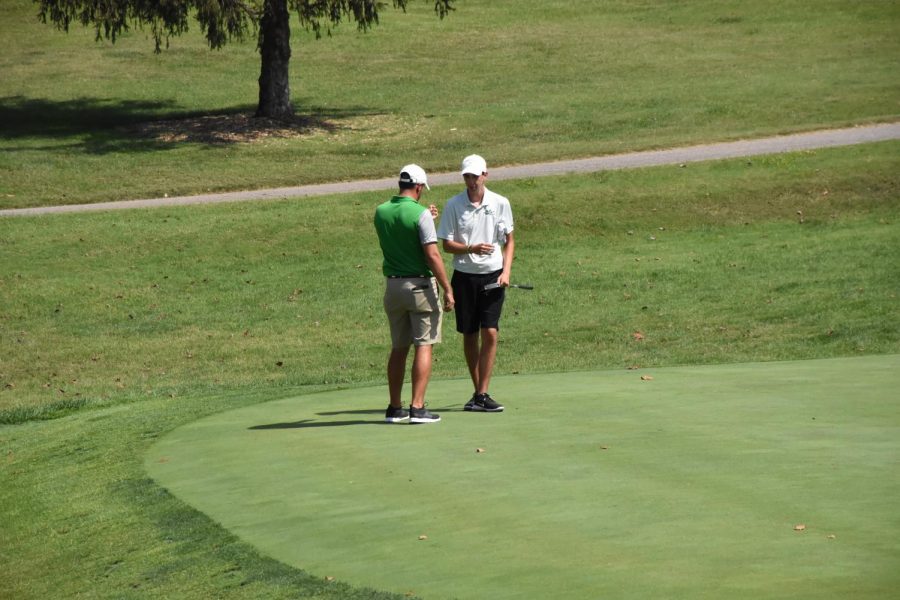 After a 1-under par performance in the final round at the Dayton Flyer Invitational, Marshall freshman golfer Tyler Jones was named Conference USA Men’s Golfer of the Week Wednesday, Oct. 16.

“What a great start to your freshman year to get named Conference USA Men’s Golfer of the Week,” Head Coach Matt Grobe said. “He’s had a really good fall, so it was nice to see him get rewarded for that.”

Jones has played in all five of the team’s tournaments this fall, leading the team in stroke average at 74.40.

At the Dayton Flyer Invitational, he finished tied for 10th place overall, helping his team finish fourth out of 11 teams.

Being from Ohio, Grobe said Jones had played the course in high school, giving him an added comfort.

Jones is specifically a native of Westerville, Ohio, and before coming to Marshall, he won the 2019 Ohio State Scarlet Qualifier, qualifying him for the 119th U.S. Amateur Championship.

When his time at Marshall began, he placed ninth in his first career college tournament at the Joe Feaganes Marshall Invitational, shooting 6-under par.

Throughout the fall, Jones remained as consistent of a player as the team had, said Grobe.

With the Dayton Flyer Invitational completed, so too is the Herd’s fall season. Marshall’s men’s golf team will be back in action Feb. 2, 2020 at the Georgia Southern Collegiate.