Local band promotes new album throughout cities in the U.S. 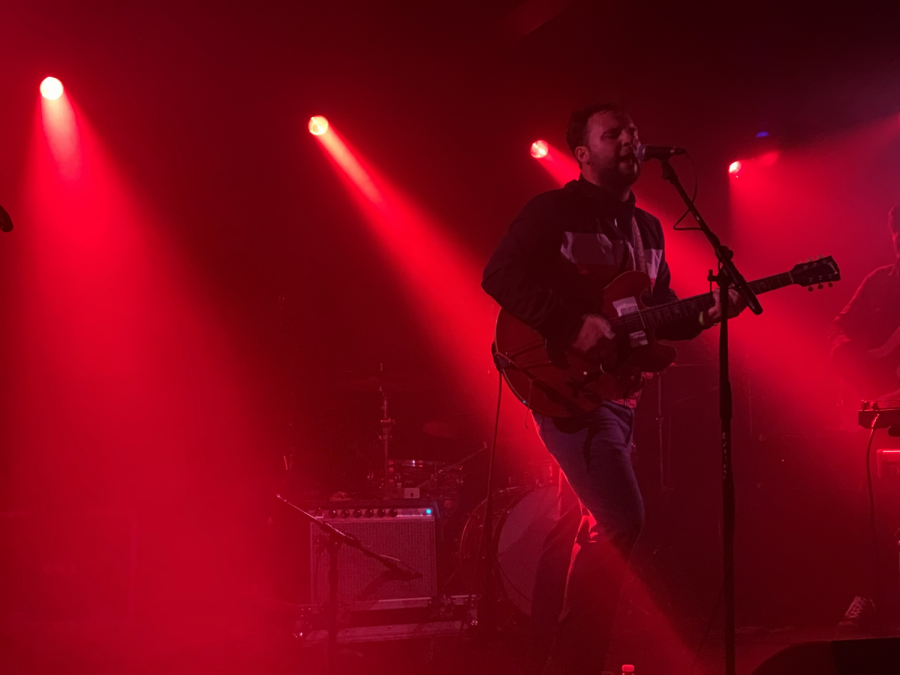 Tunes from the Huntington-bred band, Ona, filled the air at Chicago’s Sleeping Village venue Saturday, Oct. 12.  Ona’s alternative/indie rock sound has spread from small clubs like Huntington’s own V Club to larger crowds in cities such as Chicago, Illinois.

“We look forward to all the shows, but something about the major markets are really special, and we try to turn it on a little more,” Brad Goodall, keyboardist for Ona, said.

Ona still enjoys Huntington shows and they try to give hometown fans an enjoyable experience, according to Bradley Jenkins, Ona’s lead vocalist and guitarist.

“I think the biggest difference of home turf shows and going out west is I feel like sometimes when you play at home, you play for the crowd,” Jenkins said, “but when we’re in San Francisco and know no one, we do it for ourselves.”

The band, consisting of five Huntington natives, got its start in 2013 when Jenkins met guitarist, Zack Owens, according to a VICE article.  From there, the two began writing songs and eventually added the rest of the five-man crew.

Ona is now playing shows in cities throughout the U.S. promoting their second album “Full Moon, Heavy Light.” According to Goodall, the band has plans to continue building their namesake and consistently improve their sound.

“We try to keep it fresh,” Jenkins said.  “If we did it the same every night, it would get staggered or boring.”

The band members said they enjoy their craft and utilize their passion for music to further their careers. Jenkins said he enjoys himself on stage while performing music even if each band member has a different individual sound.

“We literally just laugh on stage when stuff hits,” he said.

Goodall said by this time next year, he hopes to quit his “day job” to focus solely on his professional music career.

“We might be at a little bit of a pivot point as for as trying to do something different maybe,” Goodall said.

Given the band’s six-year run playing together, Goodall and Jenkins both said nervousness no longer exists when preparing for a show.

“If there’s any nerves, it’s almost excitement,” Jenkins said. “Because it’s like, if we extend a solo, or a song, it is like ‘alright, are we going to land on our feet?’”

Ona’s newfound fame has provided them opportunities few local artists have experienced, according to Goodall.

The band’s next show is Oct. 17 at Zanzabar in Louisville, Kentucky.  Their next Huntington show is set for Dec. 21 at the V Club.