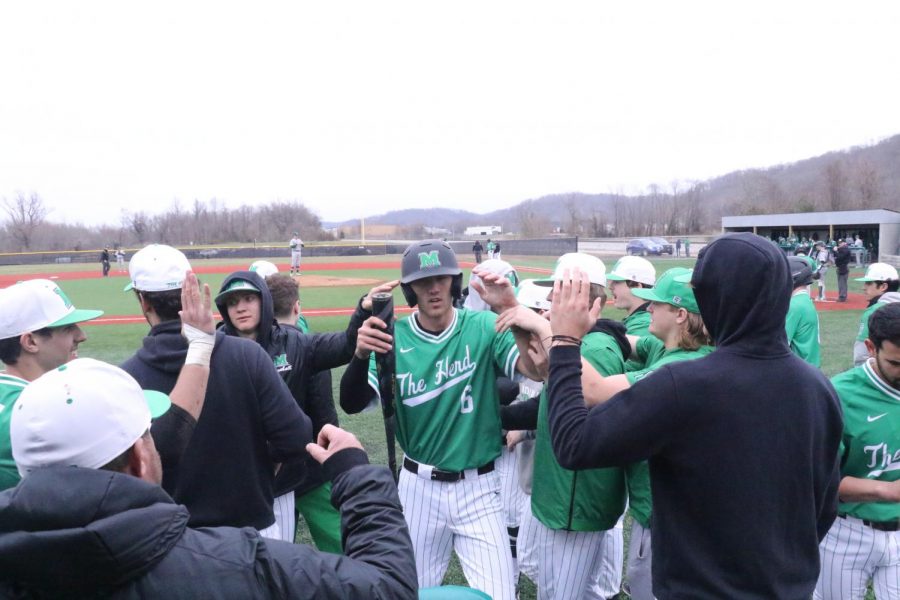 In its second out of three scheduled fall baseball games, the Marshall Thundering Herd will travel to Morgantown, West Virginia on Friday to play the West Virginia Mountaineers at 6:30 p.m. at Monongalia County Ballpark.

“We need to use these games to identify what we need to do better in our fall practices to get better as a team for the spring,” Head Coach Jeff Waggoner said. “We’re going to move a lot of guys around and put them into different situations.”

This will be the second matchup over a one-week time span between the Thundering Herd and the Mountaineers.

Last Friday, the Thundering Herd fell to the Mountaineers 8-7 in extra innings at Appalachian Power Park in Charleston, West Virginia to open up the fall season.

Marshall jumped on West Virginia early, scoring three runs in the first inning and adding another run in the second to take the 4-0 lead.

After the scoring went stagnant for three straight innings, the Mountaineers scored two runs in the sixth to come within two runs. In the eighth inning, they took the lead, plating three runs to make it 5-4.

In the bottom of the ninth, the Herd rallied to get a run and send the game to extra innings.

Freshman Mountaineer infielder Tyler DeMartino hit a three-run double in the top of the 10th to regain the lead at 8-5.

Marshall was able to add two runs to make it a one run deficit, but they could not complete the comeback, falling 8-7 in the bottom of the 10th.

Overall, the Mountaineers capitalized on all eight of its hits with eight runs, while the Herd mustered seven runs on its 10 hits.

Leading the Thundering Herd was sophomore Luke Edwards, going 3-for-4 at the plate with a run and two RBI.

DeMartino led the Mountaineers, finishing 3-for-4 with three RBI and two runs.

West Virginia played five different freshmen relief pitchers in the game, which was needed after a program record eight players were selected in the 2019 MLB draft, including four pitchers.

One of those four pitchers drafted was Alek Manoah, who went 11th overall to the Toronto Blue Jays, which tied the highest draft pick in West Virginia baseball history.

Marshall had two of its own major league draftees in left-handed pitcher Joshua Shapiro to the Milwaukee Brewers and shortstop Elvis Peralta to the Oakland Athletics.

After taking on the Mountaineers Friday, the Thundering Herd will have another week of practice before taking on the Toronto Mets at the YMCA Kennedy Center Saturday, Oct. 12 to wrap up fall ball.