Marshall soccer remains undefeated at home after win against ETSU 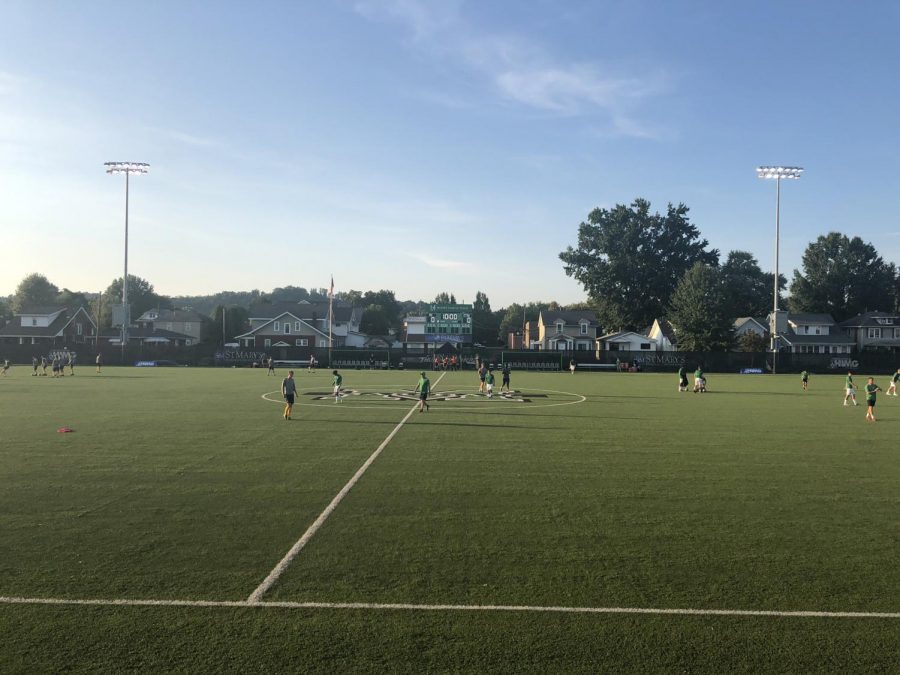 Men's Soccer warms up for its match against ETSU.

Marshall Men’s soccer team played East Tennessee State Tuesday night and escaped after a physical game with a 2-1 victory. This win brings Marshall to (3-0-1) on the season and drops ETSU down to (1-3-0).

The Thundering Herd and the Bucs of ETSU met on Hoops Family Field Tuesday night and played an extremely physical game. Both teams had 14 fouls throughout the game and both teams got yellow carded.

The game would go on scoreless for most the first half and in the 43rd minute the Herd punched in its first goal with a header from Junior midfielder Pedro Dolabella. The goal came from a cross that Junior Jamil Roberts would place perfectly inside the 6-yard box.

The Herd would go into halftime with a 1-0 lead, but it ended when ETSUs Freshman Hauk Andreas Fossen scored off of his own deflection and sent a missile into the lower corner. “It was a sloppy goal to give away,” Marshalls Head Coach Chris Grassie said.

Marshall did not let the ETSU goal phase them, working down the field and creating the option for Freshman Max Schneider. Schneider headed a ball of his own into the lower part of the net. The assist came off of a corner kick by Senior Jonas Westmeyer.

Looking ahead to the Herd’s next match against the South Carolina Gamecocks Coach Grassie hopes that the Herd will keep up the intensity.

“I think they will play a little similar to ETSU and we need to make sure we match their intensity,” Coach Grassie said.

Marshall will pick up play again this Saturday at 11 a.m. at Hoops Family Field as they take on the South Carolina Gamecocks and they open up Conference play.