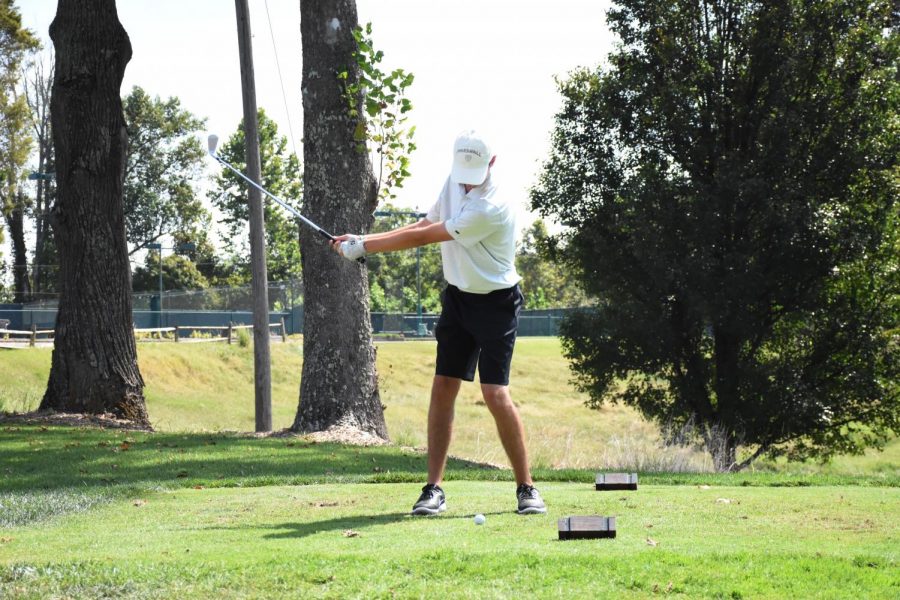 In a shotgun start, Marshall completed the first round with a 5-under par mark and the second and third rounds with a 4-under par mark.

“Everybody on the team was contributing,” Assistant Coach and former Marshall golfer Alex Weiss said. “A couple of the individuals played well, so it was a pretty good effort for all eight guys playing,”

After day one of the invitational, the Marshall golf team sat tied for fifth place with a combined 9-under par through the first two rounds.

“The guys are playing really good golf,” Marshall Head Golf Coach Matt Grobe during round two of the invitational said. “I’m not seeing anything that is really discouraging right now.”

Leading the way for the Marshal team after day one was Columbus true freshman Tyler Jones. He was tied for seventh overall with a 5-under par mark.

“I really like what I’m seeing out of Tyler Jones,” Grobe said. “He’s a tournament player; he knows how to play when the tournaments are on.”

Jones finished round three 1-under par to finish the invitational 6-under par overall, tied for ninth place.

Redshirt senior Ben Roeder completed the invitational 2-under par for a tied 20th place finish. Grobe said he was glad to see Roeder “being a team leader” and playing good golf at the same time.

Redshirt junior Cameron Root, despite not making the five-man team, was having a solid tournament through the first two rounds as an individual, Grobe said.

Root was 5-under par after the first two rounds, tied at 7th with his teammate, Jones.

Root said he drove the ball really well off the tee, allowing him to play bogey free on his last 18 holes. “When you’re in the fairways, it’s hard to hit bogeys.”

Ultimately, Root finished the tournament only 1-under par after having three double bogeys in the final round that hampered his final score.

Rounding out the rest of the Marshall team, sophomore Kyle Mitchell concluded the invitational tied with Root at 1-under par, senior Cole Moore finished 1-over par, and junior Bradley Plaziak ended 12-over par.

Even though Marshall did not come out on top of the score cards, there is a silver-lining for coach Grobe.

“The good thing about college golf is we’re playing 15 teams,” Grobe said. “So if you finish fifth, you lost to four, but you were able to beat ten of them.”