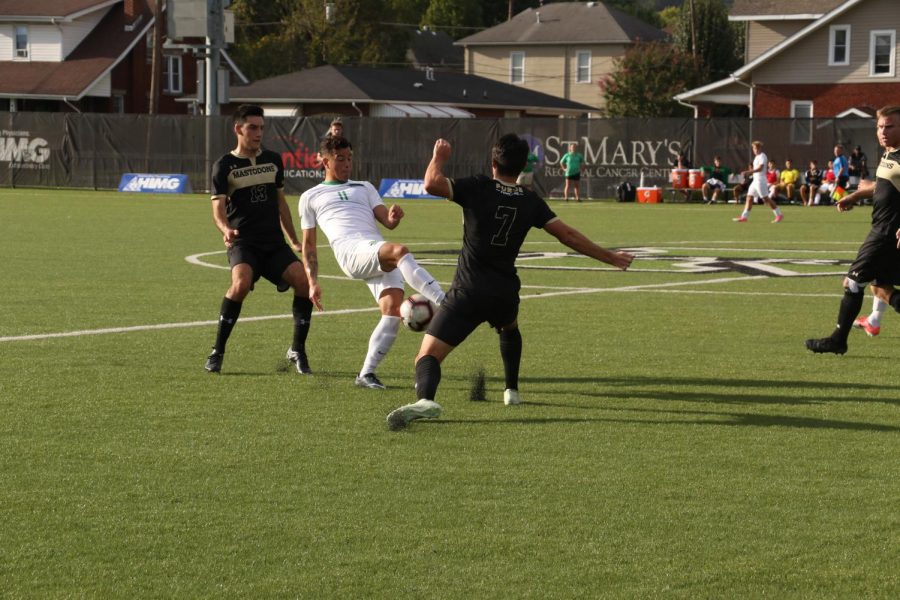 The Marshall Thundering Herd men’s soccer team will take on the Butler Bulldogs this Friday at Hoops Family Field in Huntington.

The Marshall soccer team’s current record is 1-0-1 and the Bulldogs are undefeated (2-0-0).

Marshall begins its five-game home stretch this Friday where they play the Butler team that is coming off of a pair of wins against Western Michigan and Evansville University. Butler also took down Ohio State University by a score of 2-1 in its last preseason game.

Last weekend the Herd tied with Northern Kentucky University where they played a man down almost the entire game after senior defender Carlos Diaz- Salcedo was dealt a red card in the eighth minute.

“We just need to play simple and play like we do every day,” redshirt senior goalkeeper Paulo Pita said when asked what his team needed to do in order to pull out the win this Friday.

Marshall’s men’s soccer team is projected to finish fourth in Conference USA, which is the highest ranking ever in Marshall’s program history.

“We have changed the culture,” head coach Chris Grassie said. “We have a lot of guys that care about each other. We take a lot of pride in our facility and just want a culture of excellence.”

After the Butler game on Friday, the Herd will face Eastern Tennessee State and South Carolina both at home next week.