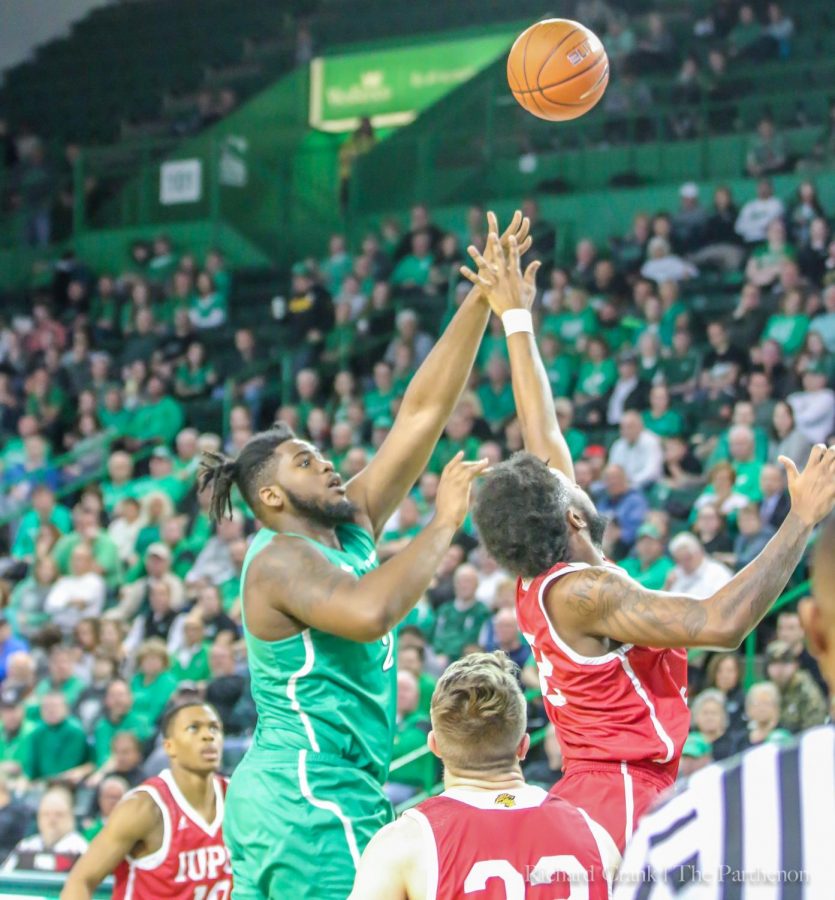 Marshall forward Iran Bennett (2) shoots a floater over IUPUI forward Elyjah Goss (32) in the first half of the Thundering Herd's game against the Jaguars on March 19, 2019.

Marshall will travel to South Bend, Indiana Friday, Nov. 15 to face against Notre Dame at 7 p.m. Following the Irish, the Herd will return to Huntington to play two home games against College of Charleston Tuesday, Nov. 19 and Howard Thursday, Nov. 21.

The Herd will travel down south to Gainesville, Florida to take on the Florida Gators Friday, Nov. 29 before returning home to play Akron Wednesday, Dec. 4.

Following its game against the Zips, Marshall will head back on the road to play at Toledo Sunday, Dec. 8. Afterwards, the Herd will face Bluefield State Wednesday, Dec. 11 at home.

Marshall will also be traveling back to Morehead, Kentucky for its matchup against Morehead State Monday, Dec. 16 before traveling home later in the week to face Eastern Kentucky on Thursday, Dec. 19.

The non-conference season for the Herd will wrap up with a road trip to Northern Iowa Sunday, Dec. 22. Following this matchup, Marshall will travel to Cleveland, Ohio at the Rocket Mortgage Fieldhouse to play Duquesne Sunday, Dec. 29 at 2:30 p.m. This game will be played after West Virginia and Ohio State play beforehand at noon.

Conference play will begin and ring in the new year Thursday, Jan. 2 when the Rice Owls come to Huntington.

Tip-off times will be released at a later date.