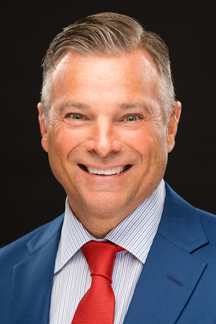 A petition circulated earlier this year by community activists calling for the end of the partnership between Stewarts Hot Dogs and state-selected food vendor for Marshall University Sodexo garnered more than 750 signatures and seemed to result in a meeting between organizers and Sodexo in March. Yesterday, the impact of those signatures became more tangible, as the Herald-Dispatch reported the Sodexo-Stewarts contract was officially terminated, meaning the Stewarts Thunder Dog will no longer be sold at Marshall football games.

According to Del. John Mandt Jr. (R- Cabell, 16), as reported by the Herald-Dispatch, Sodexo cited “political and contractual differences,” with the business owner—who also represents the West Virginia House district including Marshall University, Huntington and surrounding communities—leading to the contract termination.

The petition likely to have contributed to the contract cancellation cites statements made by Mandt, which it says are, “clearly and definitively […] in direct opposition to the standards of inclusivity and the value of diversity held by both Sodexo and Marshall,” and includes a statement “ask(ing) Sodexo […] to honor their own values stated on the company website.”

The referenced values on Sodexo’s website read: “It’s more important than ever for organizations to do well by doing good. Whoever they are, wherever they operate, businesses must act for the benefit of everyone in order to create true value.” The petition also notes that one of Sodexo’s “nine commitments to a better tomorrow,” is to “drive diversity and inclusion as a catalyst for change.”

The petition was organized and circulated throughout the community earlier this year following several public statements made by Mandt, including his decision to not attend a community vigil for victims of the Christchurch massacre in New Zealand and his claims that the event was “controversial” and that he was “worried about who might show up.”

Mandt received significant public backlash regarding a since-deleted social media post in response to the vigil which read: “This event was in Huntington last night. Evan Worrell and I are choosing to distance ourselves from this. Anything Muslim is going to be associated with Democrat’s. It’s better to stay away than be associated with them.”

Mandt has since retracted Worrell’s involvement in the post, deleted it, claimed that his account was hacked and said the post was a misunderstanding and that he was referring to a different event.

In April this year, Mandt also received public backlash for criticizing the use of tax dollars for a “Lessons in Drag” event at Marshall as part of a series of Unity Month celebrations on campus.

Tuesday, in response to news regarding the cancellation of the Sodexo-Stewarts contract, Worrell posted on social media: “No more thunder dogs at Marshall games, but thanks to the open door policy, you can run over and grab some at halftime and be back in your seat for the 2nd half kickoff. 6 for $6! Take my money.”

Those who supported, helped organize and spread awareness regarding the petition to community members have said the contract cancellation feels like a major victory in a battle against the power of institutional bigotry.

“Folks need to realize that his bigotry is represented in several ways as a business owner and an elected official being paid with our tax dollars,” Dakota Nelson, candidate for House District 16, the district Mandt currently represents, and a leader in organizing the petition, said. “The guy who speaks disparagingly about Muslims and the LGBTQ community is the same guy getting paid to make decisions on our behalf in our government with our tax dollars. We have to continue stripping away the power behind bigotry on a local level by building a coalition that can stand with those in pain to ensure we are successful at defeating this hatred.”

Holly McKenna, a Marshall graduate and Huntington resident who supported and signed the petition to cancel Stewarts’ contract with Sodexo, said she has been protesting Mandt’s actions long before the petition was ever circulated.

“I have boycotted Stewarts for more than 20 years due to Mandt’s treatment of women, and for those same reasons, I certainly didn’t vote for him,” McKenna said. “I have followed very closely the offensive remarks he has made and his voting record, which shows that he doesn’t support all of his constituents.”

McKenna said the contract cancellation is beneficial to Marshall students, as universities have a responsibility to protect all their students from bigotry on campus and to help create an environment in which all students are free to express themselves.

“No matter the reasoning behind Sodexo choosing not to renew his contract, it’s good for Marshall. Universities have to be safe havens for all students,” McKenna said. “Sometimes they are the first place that a young person can feel safe to be themselves. As a community and university, a love for all mankind should be the goal, not keeping a local businessman and politician happy.”

Leif Olson, a public health graduate student at Marshall and leader in organizing the petition, said the contract cancellation and Mandt’s—and Stewarts’—relationship with the university should also be considered an issue of public corruption.

“We have to talk about this as tackling some sort of institutional corruption as well, because this is a guy with clear conflicts of interest,” Olson said. “He is an elected representative of a district that has a college in it that [paid] him money. The school essentially [paid] him money for a business that he’s got set up, and he is allowed to run for office in that same district.”

Olson said students should not be forced to invest in institutional bigotry via their tuition, money earned through scholarships, money the state pays Marshall and general tax dollars.

“People are paying tax dollars straight to John Mandt Jr. just for him to discriminate against them,” Olson said. “He speaks disparagingly about our students and then turns around and sells them hot dogs.”