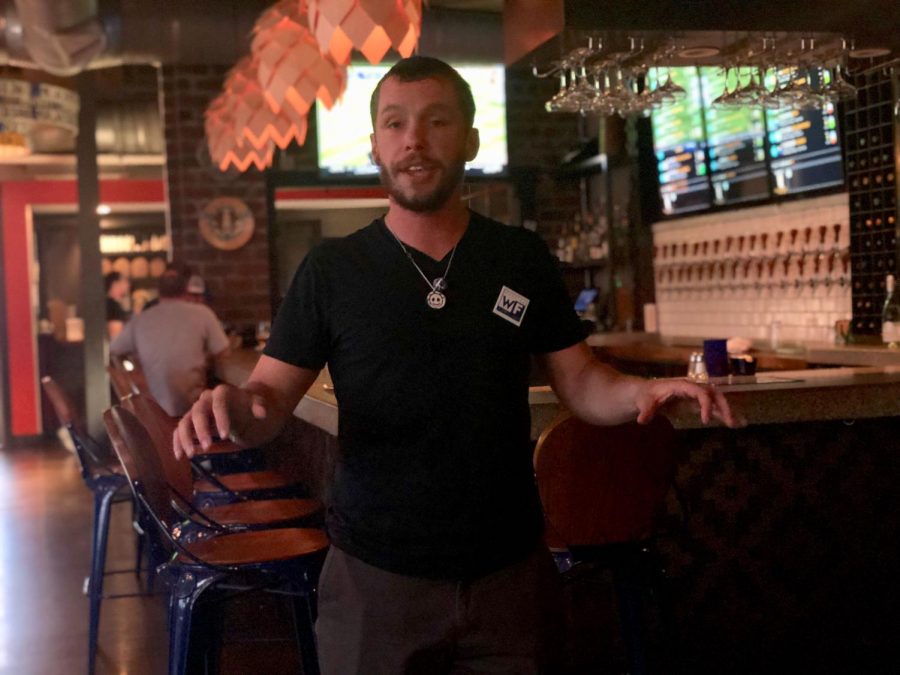 Aiming to give voters more direct access and power in the local legislative process, community organizers and activists collected signatures and raised awareness for several measures they believe should be on voters’ ballots in the next general election in a meeting Monday evening at Bahnhof WVrsthaus and Biergarten in Huntington.

“We need initiatives to force city commissioners to spend our money investing in us, not wasting tax dollars. Everyone complains about our user fee anyway; maybe we should actually spend it on something useful for us,” Olson said. “Maybe these initiatives won’t be accomplished in just a year, but we have to force the city to spend our money responsibly, because otherwise they’re just going to waste it.”

According to the Cabell County Clerk’s office, 5,020 signatures are required per individual measure for ballot access, Olson said. This is based on a percentage of voters in the Greater Huntington area, which includes parts of both Cabell and Wayne Counties, who participated in the most recent general election.

“If we get even one of these issues on the ballot, it will be a big success,” Olson said. “It’s not like anyone currently elected is entirely interested in necessary infrastructural development or actually improving peoples’ quality of life anyway. To do that, we have to engage and organize people ourselves.”

Nelson said the issues being focused on for the ballot initiatives were chosen because of their current and potential popularity amongst local residents.

“A lot of these initiatives are just common sense and have already been in effect at different times and places,” Nelson said. “This is about understanding that we can have control of our government on all levels, especially those most local and community-based.”

Frankenberry said the initiatives are a method of achieving necessary structural and substantial changes in communities despite the current state of corporate control and corruption inherent across local, state and national politics.

“Many legislators will pay lip service to constituents who try to apply pressure, but ultimately they vote however they are told by leadership or lobbyists. Empowering citizens to take action by changing policies is how we build a government for the many,” Frankenberry said. “The Working Families Party believes in direct democracy and is here to help build the base of grassroots power needed to change or create policies that help everyday West Virginians rather than the powerful good old boys who benefit from a government designed to benefit the few.”