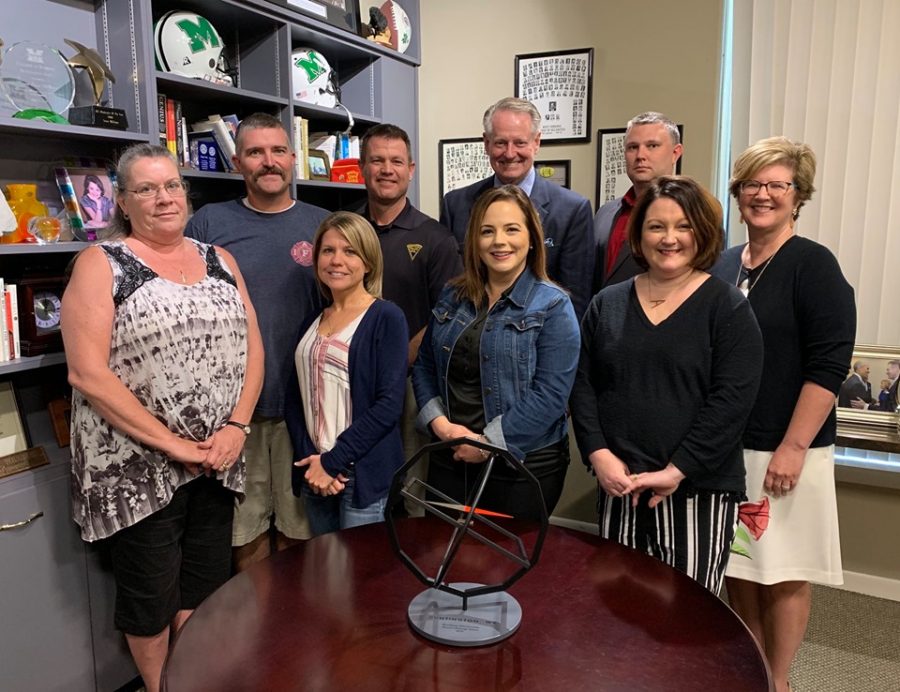 Huntington was one of nine winners of the Bloomberg Mayors Challenge to receive a $1 million grant last year, which has helped to initiate the Compass program.

Taking care of the those on the front lines who fight the opioid epidemic, natural disasters, death and other potentially traumatic events is the main concern for a new wellness program developing in Huntington, according to the program manager Amy Berner.

“We want our first responders to be at their best at all times,” Berner said. “We want to help them achieve overall wellness.”

The goal of the new Compass program is to provide first responders with access to tools that assist in all aspects of wellness.

“Not all first responders experience (compassion fatigue), but some of them do,” Berner said. “We want to help the ones that are experiencing that burnout, or even periods of stress, (…) and give them tools to learn how to deal with burnout and (…) stress.”

With events such as yoga, pottery, cooking classes and more, Berner said she hopes that the end result will give first responders healthy ways to cope with the everyday stress their jobs may provide.

Additionally, with such a wide variety of available activities, she also said she hopes everyone will be able to find something they enjoy.

Compass was developed after the city participated in the Bloomberg Mayors Challenge and was one of nine different winning cities. As a result, the project received a $1 million grant which has helped get the program running.

Berner said the idea came from a group of people getting together to decide how they could improve the city.

After careful consideration, the committee came to a consensus that the city has been working to make sure everyone in the community receives care with recovery centers, shelters and more, but there is not a set place for first responders to relax or get help.

Berner said the program will not only be focused on helping those who deal with the opioid epidemic, but all situations that may cause their mental health to decline.

Another part of Compass’s plan involves creating a wellness center for first responders in local communities.

The center would include exercise areas and meditation rooms, as well as desk spaces for necessary paperwork and other activities.

Berner said the wellness center would be separated into different sections to promote overall wellness instead of simply focusing on mental health.

She said she hopes the center becomes a place where first responders can go to relax on a regular basis.

First responders will also receive wellness coaches who will encourage communication between those in charge of the center, like Berner.

These coaches will act as guides and confidants for first responders, working with both the police force and the fire department.

Berner said coaches are meant to be helpful in making sure that first responders feel heard and always have someone to talk to.

The final goal of Compass includes changing some of the force’s current policies.

With some minor adjustments, including departments ensuring first responders have time to use the center, Berner said Compass is hoping to change the overall mindset of the forces to create healthier workspaces.

Berner said she believes they can change policies to better inform the community and the workplace of how to stay mentally and physically healthy, which would help lessen the possibility of compassion fatigue, or burnout, in the workplace.

Berner also said she understands that having a relative work as a first responder can be stressful and hopes first responders are able to bring their families to some of the events and classes offered.

While some classes are already being offered, Berner said she hopes to include outings such as hiking, trips to the Huntington Museum of Art and even traveling to King’s Island, to have a variety of options for first responders and their families.

The committee is made up of an advisory team that receives input from lieutenants from the fire and police departments as well as both Fire Chief Jan Radar and Police Chief Hank Dial.

With plans already drawn, Berner said she expects to start construction of the wellness center before the year ends and hopes to have the center fully functioning before the end of 2020.