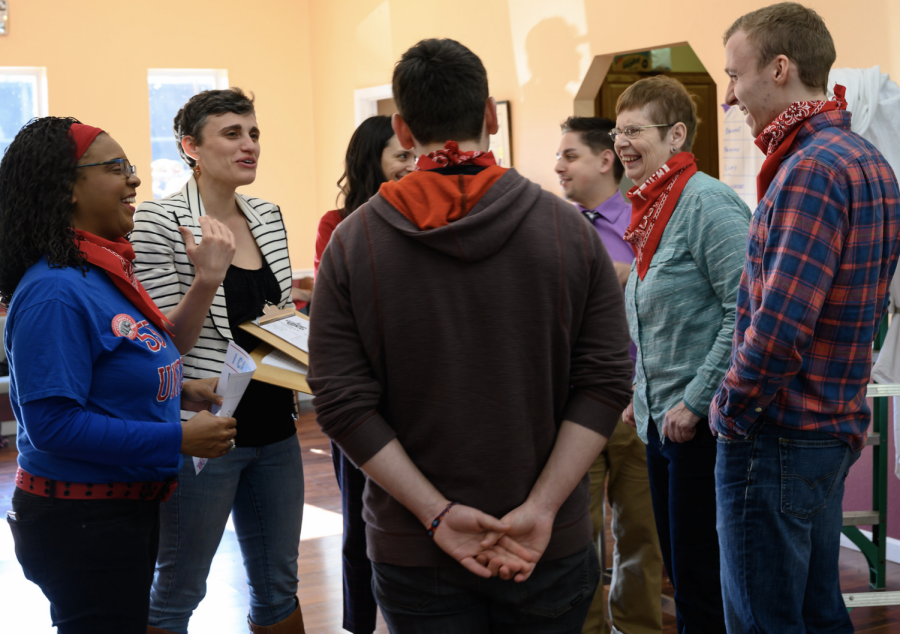 Considering the billions of dollars spent on elections in American politics each year, the amount spent on wages and benefits for campaign workers, those doing the brunt of the work for politicians and keeping the show running smoothly for everyone else, seems significantly low.

One campaign focused on fundamentally changing that reality is Stephen Smith’s campaign for governor of West Virginia, as part of the broader West Virginia Can’t Wait Movement, which is currently running 43 candidates on ballots throughout the state. Last week, Smith’s staff announced they had ratified a collective bargaining agreement with the Campaign Workers Guild, rendering them the first campaign staff in West Virginia history to unionize.

“West Virginians are at the forefront of the modern union movement, and we’re proud to now say that our staff is too. In this campaign, we have pledged to stand on the side of working people every time,” Katey Lauer, Smith’s campaign manager, said. “We were excited to support the creation of this union at the outset and are proud of our staff for raising the bar for workers’ rights in campaigns across the state and nation.”

The contract reached by staffers includes protections to improve working conditions for current workers as well as lower entry barriers for potential future workers. Other benefits include a stipend for staffers to cover technology-related needs when hired and monthly stipends for healthcare, internet and cell phone expenses.

As a result of the contract, Smith’s campaign workers will now have unlimited sick and vacation time in addition to various other protections aiming to increase flexibility for their all- West Virginian working-class staff and families.

Johnna Bailey, finance director for Smith’s campaign, said unionizing is not an easy process, but the benefits are immediate, inspiring and tangible.

“Unionizing is a pain worth suffering,” Bailey said. “The burden of an incredibly difficult race ahead has been lightened because I know that my union sisters have my back and that management fully trusts us.”

Smith said his staff’s unionization is reflective of the shared working-class values of those involved in the campaign.

“Our campaign is trying as hard as we can to be the most pro-labor, pro-working class campaign in West Virginia history, and we’re proud to have a staff that is the first in our history to unionize,” Smith said. “I think it is going to become a much bigger trend.”

Several staffs of 2020 presidential candidates running in the Democratic primary have also recently announced unionization agreements, including Senator Bernie Sanders of Vermont, whose staff became the first presidential campaign workers in U.S. history to unionize in March this year. Other Democratic presidential candidates’ campaign staffs have followed suit and announced agreements to unionize, including workers of Representative Eric Swalwell of California, former U.S. Secretary of Housing and Urban Development Julian Castro of Texas and Senator Elizabeth Warren of Massachusetts.