Where Marshall Can Take You: Cuba 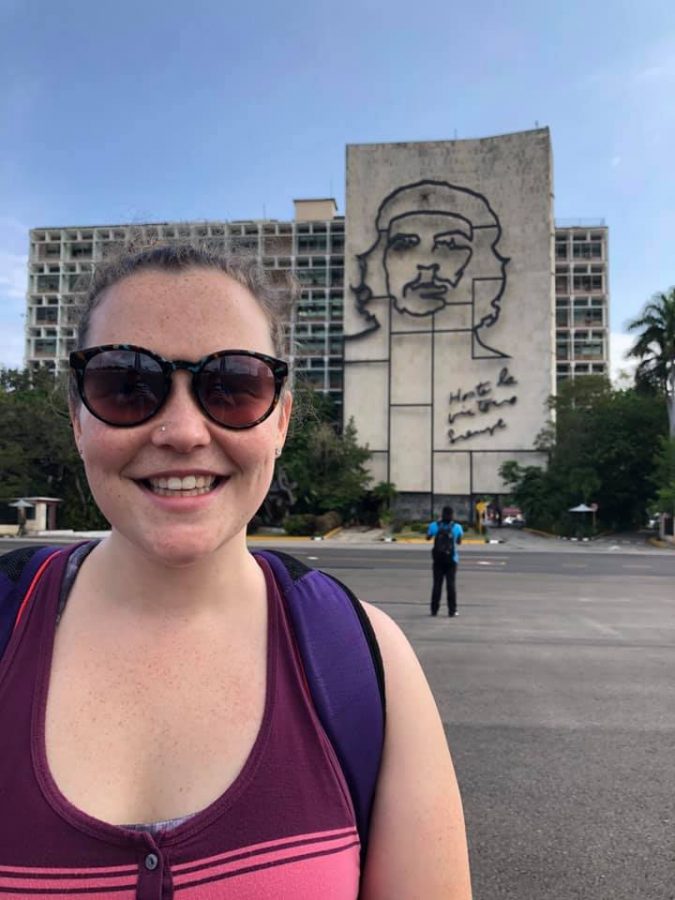 “I have always been interested in going to Cuba,” Buckner said. “My interest was heightened after spending a semester in Puerto Rico as an undergraduate student, where I learned much about colonialism and imperialist policies, particularly those of the U.S. I knew the U.S.-Cuban relationship has always been complicated, and I knew that there would be a chance that I couldn’t always travel to Cuba, so I decided to take advantage of the opportunity while I could.”

Buckner has travelled with Marshall before as an undergraduate, though it wasn’t to Cuba.

“I had not been to Cuba before, but I knew I wanted to continue to study abroad even as a graduate student,” Buckner said. “Cuba just happened to be my choice of location at the time.”

While studying Latin American history in Cuba, Buckner visited cities near Havana, such as Trinidad, Cienfuegos, Santa Clara and Viñales.

“Trinidad is a small village located near an old sugar plantation with incredible cobblestone streets,” Buckner said. “Cienfuegos is the youngest city on the island and was very welcoming, Santa Clara is the city where Cuban Revolutionary Che Guevara is entombed, and Viñales is a mountain village with incredible mountain views, only second to West Virginia in my eyes.”

Buckner also said she did a variety of sight-seeing during the 15 days she was there.

“Art museums and artists’ homes were stopping points of ours; we even visited the home of Cuban hip-hop group Obsesión,” Buckner said. This duo’s music has been crucial to promoting African heritage in Cuba. When we weren’t adventuring, we spent a lot of our time at our home-stays reading and writing reflections for the coursework. Toward the end of our trip, a small group of the students in the program (there were thirteen in total) found an outdoor cafe that we visited three nights in a row. We used it as our homework stop and there we prepared for our final presentations.”

At night, the students stayed in private bed and breakfasts, located in the homes of local residents of each city they visited.

“The process for registering and becoming a bed and breakfast location can be tedious, and I believe that currently the Cuban government is no longer accepting applications for that process,” Buckner said.

Buckner said her favorite part involved something that hit closer to home.

“Visiting a farm-restaurant in the mountain region that was self-sustaining and finding out that they had Appalachian plants in their garden was the best part,” Buckner said.

Michaela Crittenden can be contacted at [email protected]