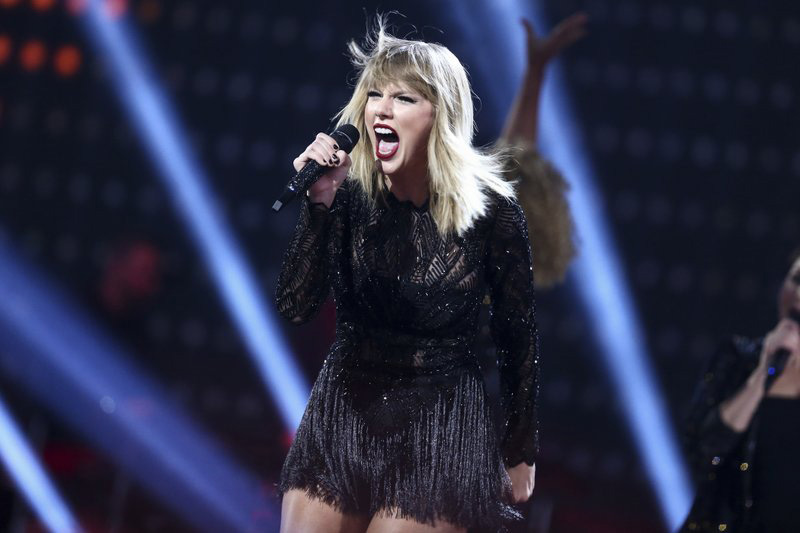 Taylor Swift. Her name may be controversial, but it’s certainly well recognized. Have you ever stopped to wonder, though, why she is deemed so “problematic?”

Before we get started, I’ll admit that I am what they call a “Swiftie.” I own all of Swift’s CDs, have spent many days of my life singing my heart out at her concerts and I am first to defend her when problems arise. But my love for Swift has grown from just a fangirl singing in my room at the age of 12 to looking up to her as a powerful female who takes no sh*t.

Swift has been a punching bag for the media since she was literally a child. She released her first self-titled debut album when she was just 16. Immediately, Swift began taking hits for writing about heartbreak and love and her own personal life experiences. And the hate only got worse from that point on.

Even as a teenager, though, Swift had no problem being herself. She has thick skin, and the slut-shaming she received didn’t stop her from writing about exactly what (and who) she wanted; it didn’t stop her success, either.

Then, the 2009 Kanye West incident occurred at the MTV Video Music Awards. The rapper interrupted Swift on stage, and, well, we all know what happened.

Fast-forward to 2016, when West released the song ‘Famous,’ taking credit for Swift’s success in reference to the 2009 VMA drama. Ah yes, don’t we all love when men try to discredit a successful and talented woman’s career. In reality, Swift’s second album, ‘Fearless,’ sold more copies in its first week (before the VMA incident) than any of West’s albums ever have.

Still, the internet rejoiced and took part in a #TaylorSwiftIsCanceled party. As if that wasn’t enough, West soon released the music video for ‘Famous,’ which was quite literally pornographic and featured an edited Swift without her clothes beside the rapper in his bed.

Swift went on to use the incident as fuel for her sixth album, ‘reputation,’ which sold millions of copies worldwide.

Swift is also a sexual assault survivor, and in 2017, she went to court against radio personality David Mueller. In 2013, Mueller groped Swift during an event, and in 2015 when he lost his job over the incident (keep in mind, Swift did not take this to court, only informed the radio station of the assault) Mueller filed a defamation lawsuit against Swift. In turn, Swift took Mueller to court in a civil case, eventually winning and asking Mueller for a symbolic $1 in damages. Despite Swift’s efforts to bring awareness to sexual assault, some argued that she wasn’t sexually assaulted “enough” and that it was “just a groping.”

Earlier this year, Swift left Big Machine Records, along with her life’s work, in the hands of President and CEO Scott Borchetta. Not giving Swift the option to buy her master collection, Borchetta instead offered her a deal- for each album she gave Big Machine, she would receive ownership of one of her previous albums. Swift instead chose to leave her past behind and sign with Universal Music Group.

Swift spoke up. She posted publically her reasons for being upset, the fact that she had never been offered a chance to buy her life’s work, and the cruelty that Braun has displayed in the past. Now, critics say that Swift has a “bad habit” of taking her conflicts public. But would they be saying these same things if Swift were a man?

I’m tired of the bashing, from men and women. Feminists all over preach the empowerment of women but don’t think twice about putting Swift down, whether it be slut shaming her for her relationships, body shaming, or critiquing something as personal as her own sexual assault. She is shamed for her emotions, for “whining” and “playing the victim.” It’s something that all of us women have probably heard. We’re too emotional. We’re inferior.

But Swift hasn’t let any of this stop her. She is a powerful role model for women and young girls everywhere.