Herd Around the World: South Africa 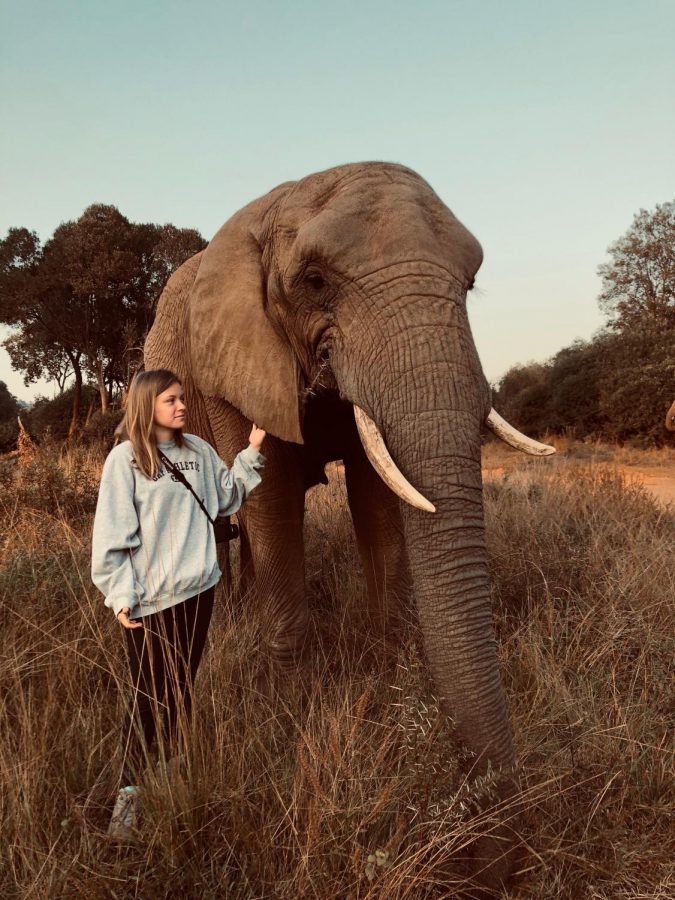 Josie Kroeger, a biology student at Marshall University, said she used to think she could talk to animals.

Kroeger, 21, now plans to attend veterinarian school after she graduates in the spring.

However, Kroeger said her dreams are far bigger than working with just cats and dogs, figuratively and literally.

Over the past two years, Kroeger visited South Africa twice, in and around the areas of Johannesburg, to work with both cheetahs and other African animals like elephants and lions.

“I have always loved animals since I was little,” Kroeger said. “My dad’s mom was always an animal person, and she showed me a different appreciation for them, but both of my parents are animal people, too. We’ve always had pets; we have 12 cats and seven dogs right now.”

Kroeger has been shadowing her grandmother’s best friend, a veterinarian, since she was seven years old, which she said contributed greatly to the path she ultimately chose.

Kroeger attended the University of Kentucky until transferring to Marshall during the spring 2019 semester to complete her undergraduate degree.

“They had a lot of animals there [UK]; they had a reptile rescue, a primate rescue, they had all kinds of things,” Kroeger said. “I just wanted to get out of my comfort zone, and just seeing African wild animals, it just sparked my interest.”

“I found the Loop Abroad program with cheetahs, and big cats are my favorite,” Kroeger said. “I’m a dog person, but I love big cats; they’re just so majestic. I got bit by the African bug and just had to go back.”

Kroeger returned from her second trip to Africa in June and said this recent experience moved her emotionally more than she ever expected.

“This summer, it was a little different because it was less college related, it was geared more toward animal husbandry rather than veterinary,” Kroeger said. “This time, we worked with elephants, and watching them interact was life-changing. I can’t stress that enough. You can see them in the zoo and on TV, but actually witnessing them interact with each other, the way they treated their babies and respected their elders, it was groundbreaking. It moved me more than it should have. I was in tears.”

Kroeger said while she plans to return to Africa next summer, she wants to keep her options open to other places and wildlife, as well.

“I’m also really interested in bears, so I’ve been looking into trips to Canada to work with them,” Kroeger said.

Kroeger’s applications to veterinarian schools are also in the works, she said, and her top choices include Ohio State, Virginia Tech, Mississippi and Florida.

“I would love to go to Florida because the only thing I haven’t worked with yet is marine life, so that’s something that really interests me,” Kroeger said. “I want to be able to work with everything.”

Kroeger said in the future, upon graduating veterinarian school, she hopes to take her boards exam not only to become certified in the United States, but also to obtain a license to work in Africa.

“I actually want to work in Africa. I love it so much,” Kroeger said. “It’s just really part of me now, and I really find myself there.”