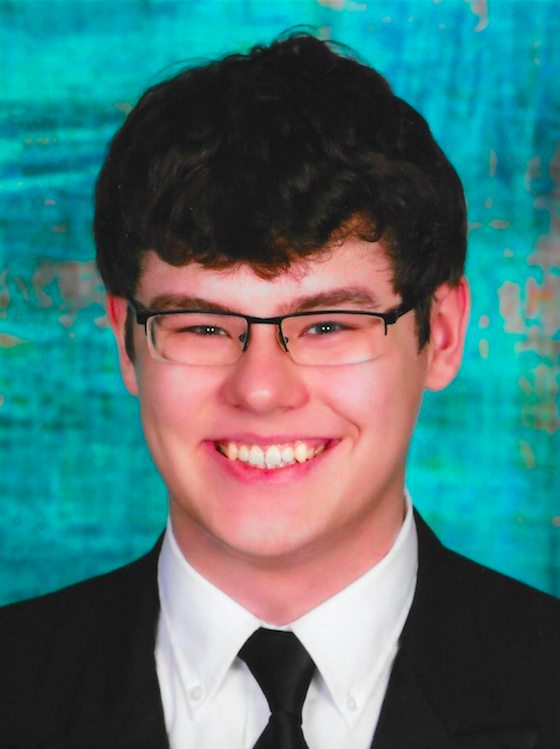 Eric Dillon will be attending Marshall University this fall as a first-year computer science major.

Outstanding academic ambitions and accomplishments are just two of several aspects which separate some college students from their peers, and Marshall University’s class of 2023 Yeager scholars is no exception.

Marshall’s 33rd class of Yeager scholars, touting an average score of 33 on the ACT, 1470 on the SAT and a 4.38 grade point average, consists of eight distinguished students from diverse backgrounds. Each student has been awarded Marshall’s highest merit-based full-ride scholarship, which includes various other attached responsibilities and opportunities for the students, including expected community service, required seminars and two semesters spent studying abroad.

Being a Yeager scholar is not simply about test scores, Cara Bailey, Marshall’s Yeager Society program coordinator, said, but rather Yeager scholars must “show they have actually done a lifetime of work,” to receive the scholarship.

The scholarship, currently valued at $143,000, aims to help students become “very well-rounded citizens,” by encouraging community service and promoting leadership development, Bailey said, and is actually worth much more than the apparent monetary value.

Another crucial aspect of the scholarship is the students’ ability to become connected with a distinguished and diverse group of professionals and scholars, including honors college staff, classmates, upperclassmen and over 32 years of alumni, Bailey said.

“The most valuable aspect of the scholarship is the support students receive at the university level,” she said.

Dillon, who was the valedictorian of his class and first freshman at Mingo Central High School to pass an AP exam, said he remembers “jumping around the house with excitement,” eager to explain the news to his family, after his phone call regarding the scholarship with Bailey and university President Jerome Gilbert.

Dillon said he has a passion for Microsoft Office and, in the past, has showcased his proficiency in national championships for several different programs.

“I’ve gotten second in Word, fourth in Excel, and this summer, I’m hoping to get first in PowerPoint,” he said.

Dillon said he plans to major in computer science, and next summer he will complete an internship with Amazon in Seattle for their ‘Amazon Future Engineer’ program.

“I’ve had to teach myself everything I know about computers since my county doesn’t have enough funding for technology programs or teachers,” Dillon said. “I’m hoping that I can show that, despite my weaker background, I am just as capable of learning and, more importantly, that I’m passionate about it.”

In addition to his computer science classes, Dillon said he is most looking forward to the opportunities presented to him in the future and is focused on further developing into a better person along the way.

“To me, being a Yeager Scholar validates my achievements and my struggles,” Dillon said. “I’m excited to be a part of a community of intelligent, hardworking and passionate people.”

Dillon said he hopes his experiences at Marshall and Amazon will prepare him for a future career as a software developer in the fields of education and/or artificial intelligence.