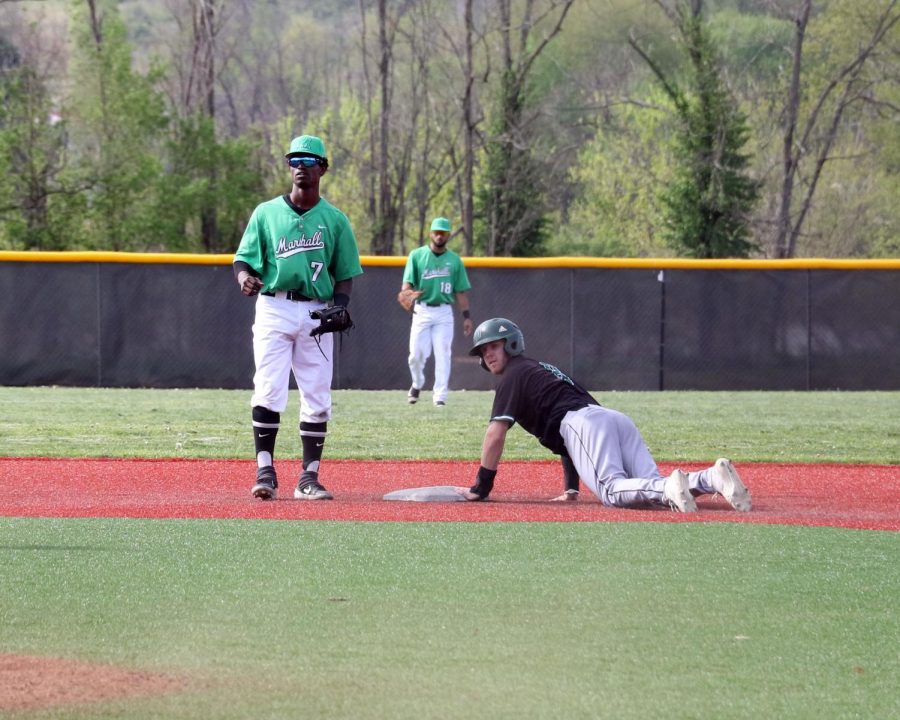 A bases-loaded walk in the top of the eighth inning sent visiting Morehead State past the Marshall baseball team Tuesday afternoon, 5-4, at the Kennedy Center Field in Huntington.

Morehead State took an early 3-0 lead with a trio of runs in the third inning. Zach Boyd reached on a bunt single to begin the inning and scored on Reid Leonard’s double down the right field line. Connor Pauly reached on another bunt single and Jake Hammon reached on catcher’s interference, which allowed Leonard to score. Dom Peroni hit a sacrifice fly to score Pauly before the Herd got out of the inning.

The Herd struck for a pair of runs in the fourth inning. Erik Rodriguez and Luke Edwards each reached on base hits to begin the inning, with the latter being a double to left center. Elvis Peralta hit a sacrifice fly to score Rodriguez and Tucker Linder singled in Edwards to cut the Eagles’ deficit to one run.

Morehead State added a run on a fielder’s choice in the fifth inning that scored Stephen Hill but the Herd tied it up in the bottom half of the inning.

Rey Pastrana and Geordon Blanton each hit a solo home run to right field to knot the game at four runs apiece through five
innings of play.

The final scoring in the game came in the eighth inning. D’Andre Knight entered the game and, after recording an out against the first batter he faced, allowed four straight batters to reach, with the last one coming on a bases-loaded walk to Pauly that scored Boyd.

David Looney pitched 2 1/3 shutout innings for his second win of the season. Ryan Capuano earned the start for Marshall and went five innings, giving up four runs (three earned) on six hits. Knight took the loss and dropped to 3-3. Cory Conway pitched a pair of shutout innings to close the game for the Eagles, earning his first save of the season. As a team. Morehead State improved to 27-15, while Marshall fell to 22-18.

The Herd returns to action Friday when it begins a three-game series at Conference USA foe UAB at 7:30 p.m. Marshall’s next home game is May 1 in a rematch between the Herd and Morehead State at 3 p.m.

Kieran Intemann can be contacted at [email protected]