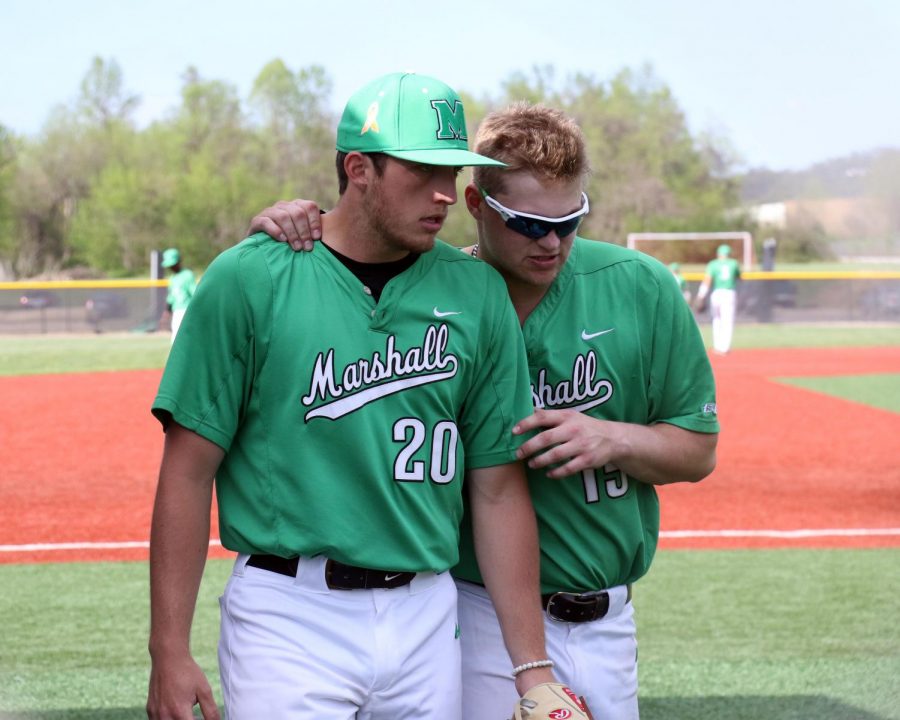 Marshall baseball earned its fourth Conference USA series win when it took two out of three games from rival Western Kentucky at the Kennedy Center Field.

“Obviously winning the series is what you want to do,” Marshall head baseball coach Jeff Waggoner said.

The Herd played the first of the games on Friday when it defeated Western Kentucky 8-2 and split a doubleheader on Saturday when it took the second game 11-7 and then dropped the rubber match 16-11.

Waggoner said that the Herd fell short in game three but that it was great game.

“We played hard. We just didn’t make the pitches and the plays like we needed to,” he said. “But it was a great game because we can bounce back and be ready to go on Tuesday.”

Despite the offensive showing, the Herd had a hard-fought game in the final game of the series and Waggoner said that his team is tough.

“They don’t care about being down,” he said. “If they get down, they will be able to come back and put us right back in the game.”

Waggoner said that there are some improvements that need to be made before the team moves on to Tuesday.

“I feel that overall, there is some depth and some guys that need to step up,” he said. “They can be a lot better than what they are on the mound. They just have to get their confidence and hopefully we will get them right back in the game on Tuesday and we will go out and pitch well.”

Waggoner said that the team just needs to keep doing what they are doing and that overall, they are playing well.

Following its midweek game Tuesday against nearby rival Ohio, the Herd hits the road for a three-game series at Louisiana Tech beginning Thursday.

Millard Stickler can be contacted at [email protected] marshall.edu.