Where Marshall can take you: NASA 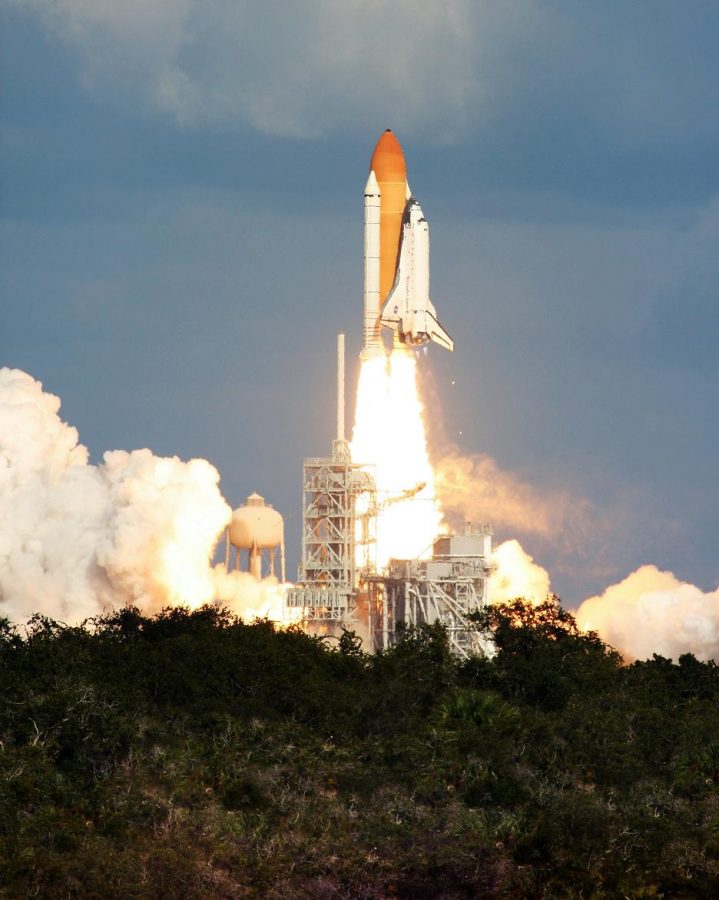 The Space Shuttle takes off from Cape Canaveral, Florida at NASA.

It will be 50 years this summer since Apollo 11 landed on the moon. Days after the Apollo 1 accident, Marshall University alumnus Gary Ray accepted a job at National Aeronautics and Space Administration (NASA) in Cape Canaveral, Florida. But because of his stressful, yet successful career in engineering thanks to Marshall, Ray said he was able to work closely with the construction of the International Space Station, the shuttle launch and the moon landing.

Ray, a Wayne County native, said he chose Marshall because it was close to home.

“You become an adult when you’re at Marshall,” Ray said. “You come here as a kid and leave as a grown-up person. I always wanted to be an engineer. Marshall gave me that opportunity. Going to school for me was a full-time job.”

Ray said Marshall prepared him and others to be able to work anywhere, including places like NASA. He also said he is thankful for his professors’ teaching abilities and said they had more than just textbook experience.

“We had a great group of professors in the engineering department,” Ray said. “They were not necessarily the type that just talked from the textbook. They had some knowledge that they were giving us that we didn’t realize at the time. They were preparing us to go into the workforce. I didn’t really realize what a great job they had done with that until I did go to interview for NASA.”

During his senior year at Marshall, Ray was already married. One day, he said, he came home to his wife and told her that they had choices to go to Florida with NASA, Seattle with Boeing or Huntsville, Alabama with another group. He also offered to her that they could stay in town and he could go work for the International Nickel Plant or Ashland Oil.

“It took her five seconds (to answer),” Ray said. “She said we’re going to Florida. So, we left for Florida.”

Ray said his fondest memory of working at NASA is his contribution to Apollo 11.

“When we first landed man on the moon, we worked hard to get to that point and to see that come to fruition was the greatest thing in the world,” Ray said. “Apollo 11 was a monumental, historical moment. (I) just can’t realize how proud I felt when that happened.”

Ray said the advice he would give to future students who are wanting to follow a career similar to his is just to follow goals and stick with them.

“You just have to work hard and stay focused,” Ray said. “You have to establish that goal and stay after that goal no matter what.”

After the Apollo Program, NASA came up with the Space Shuttle Program and along with that, the International Space Station, which is still in orbit providing great laboratory results, Ray said.

“We flew 135 space shuttle missions, which is a lot, but with most programs NASA has, there is an end,” Ray said. “After the 135th mission, we cancelled the Space Shuttle Program. For us to get a ride to the International Space Station, we have to pay the Russians to take us a lot of money, $80 million per seat, and that’s not good.”

The future is looking bright for NASA, Ray said.

“They’re going to do great things,” Ray said. “They think by maybe the end of this year, we may be able to launch our own astronauts to the space station. Our administrator of NASA has set a goal, very interesting goal that we maybe can go back to the moon by 2024. It’s going to take a big budget to do that. (It’s) going to take a big rocket that NASA is working on now called Space Launch System. If we can pull those things off, get the money and get our big rocket built, we’re going back to the moon.”

With NASA making that a test-proving ground, it could later go on to Mars, Ray said.