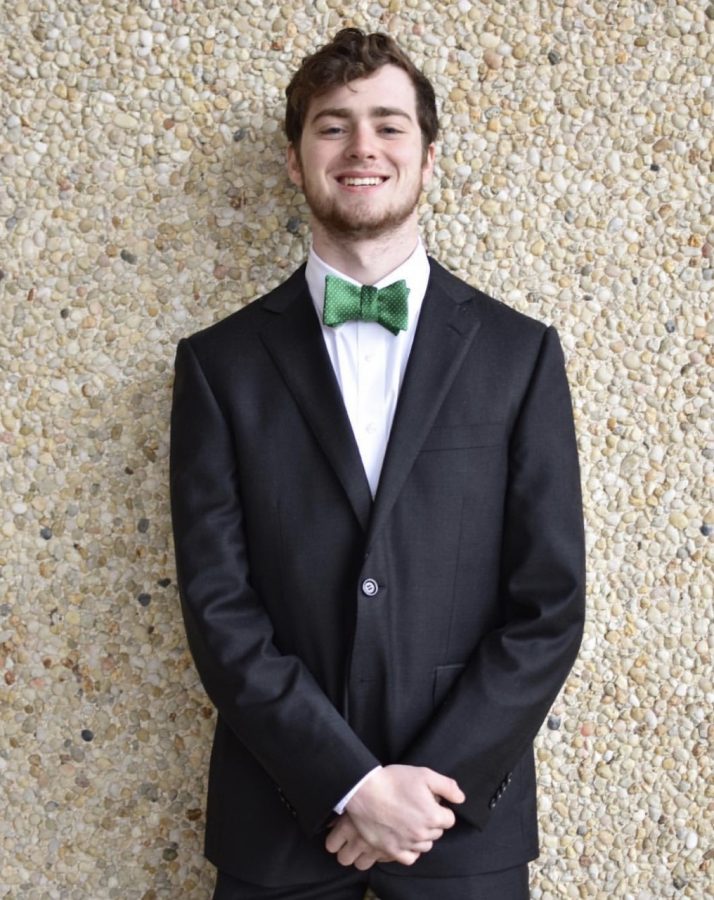 New Greek liaison Alex Hewitt says that he has plans to clean up campus and have more promotion of Greek Life to freshmen.

Initiatives to help stop littering and clean up Huntington are at the top of the list of priorities for Marshall University’s new Greek liaison, said the cabinet member of the recently elected Rogner-Williams team.

“This is disgusting, and we don’t need to be representing our city and campus like this,” Alex Hewitt, Marshall’s new Greek liaison and a sophomore Greek Life member, said about the current state of littering on campus and in the community.

Hewitt said he would like to make sororities and fraternities have recycling bins in their houses.

“We need to clean up,” he said, especially after events lead by fraternities and sororities.

Along with recycling bins, Hewitt said he wants Greek Life to have an attention-getter to help recruit freshmen into Greek Life.

Hewitt said he thinks Greek Life needs to have “something big,” which will encourage students to join Greek Life and to keep it relevant.

To keep Greek Life relevant, Hewitt said he proposes that the university provide a program for the freshmen at orientation to give Greek Life members the chance to meet with new students.

Additionally, Hewitt said he seeks to bring back Week of Welcome fraternity and sorority social events, but that it needs be more controlled.

The students who let the events get out of control have graduated, and now is the time to try the events again, he said.

“I think it is time we can bring it back, and making it a safer and more controlled environment for students, while also offering a college experience,” Hewitt said.

Despite the changes Hewitt seeks, he said he believes Greek Life does have great qualities and is a great college experience. He said he encourages students to join.

“It’s a great opportunity to build your moral character and prepare you for the real world and is not just for partying and having a good time,” Hewitt said.

Not only has Hewitt been active in the Greek community, Rogner said, he’s also eager to represent the student body and has been collecting feedback and suggestions to propose in the upcoming term.

Hewitt said he is excited about his term as Greek liaison and thinks it will be a “pretty fun experience.”