“My expectation for the team is to win the conference championship and advance to a NCAA regional.” -Andrew Dundon 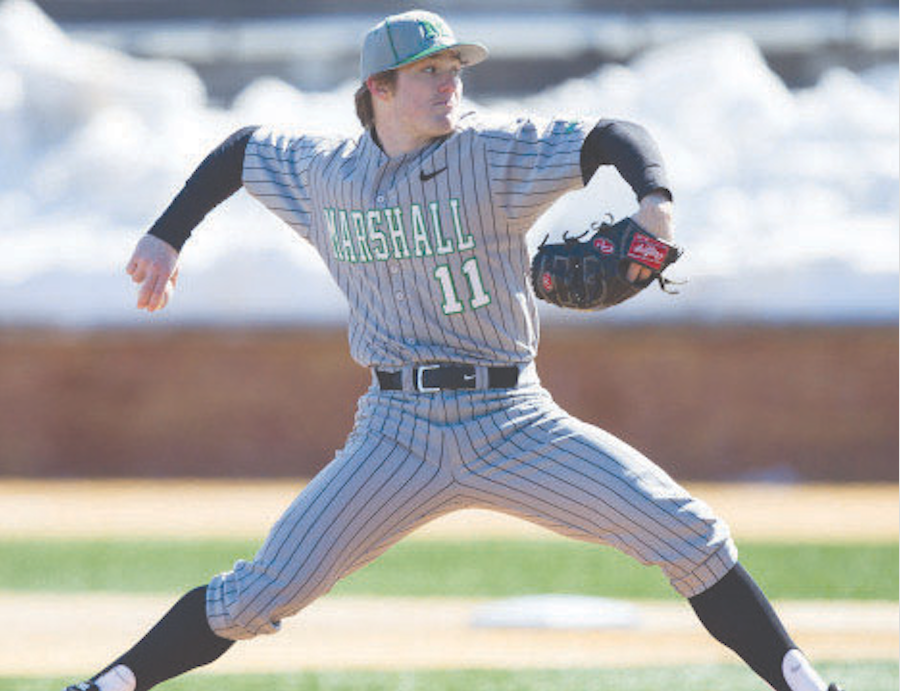 Josh King pitches on the mound at Appalachian Power Park in Charleston.

Marshall University’s baseball team had a disappointing season last year that ended with the team finishing 20-31, including 10-19 in conference play.

Senior Andrew Dundon said he has different expectations for the team this season.

“My expectation for the team is to win the conference championship and advance to a NCAA regional,” Dundon said. “We haven’t accomplished that feat since I’ve been here, and I want to win a championship for coach Waggoner.”

Last season, Dundon started all 51 games for the Herd at second base and led the team in runs with 21.

Junior pitcher Chase Boster, who was a Collegiate All-American this past summer, also said he has high expectations for the team.

“I think our pitching coach has certain goals for us, and I think we can meet all of those goals,” Boster said. “Individually, I hope I can just do my role as a player on the team, whatever role that may be.”

After starting 3-2 last season, Marshall lost 14 of its next 17 games.

The Herd closed out the season by losing its final seven games—all of which were against conference opponents.

“I think we obviously struggled at certain points during the season, especially at the end of the year,” Boster said. “At the end, it really comes down to leadership, especially senior leadership, and I think we have a lot of that this year.”

The Herd has an experienced group of 21 veterans returning to its roster this spring.

Dundon and Boster also mentioned that the team is excited to have the new Chris Cline Athletic Complex indoor facility, especially during this time of the year.

“The new indoor facility is great,” Dundon said. “It gives us a lot of room to practice and get work in without the weather being a factor.”

Marshall’s first game is scheduled for Feb. 13 against Florida A&M in Tallahassee, Florida.

Malcolm Walton can be contacted  at [email protected]