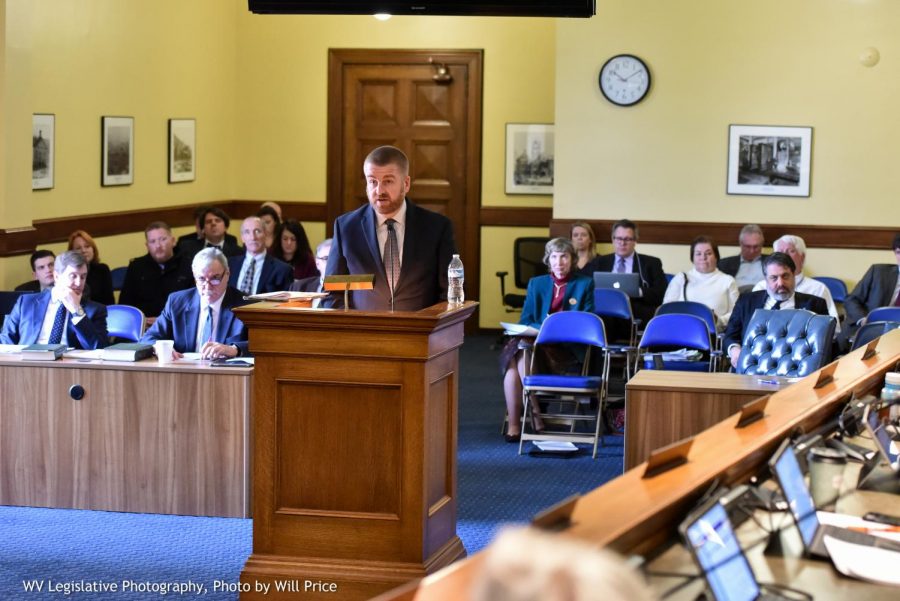 Senate Bill 622, allowing substantially more untraceable donations to be made to in-state politicians, passed the House just before midnight Saturday in a vote of 57-42.

Late at night over the weekend, just before the conclusion of West Virginia’s 2019 legislative session, lawmakers passed a bill significantly easing restrictions on the flow of dark money throughout local elections.

“We crammed this bill through the session under the dark of night in hopes the media and citizens wouldn’t pick up on it while we engage in lawmaking counterproductive to democracy,” Delegate Chad Lovejoy (D- Cabell, 17) said.

Senate Bill 622 increases the allowed donations from single entities in an election cycle from $1,000 per any person or political action committee to $2,800 per person and $5,000 per PAC and reduces penalties for politicians who break campaign finance laws from $25-per-day to $10-per-day.

Lovejoy said he opposes the bill because it reduces accountability for politicians and prevents citizens from accessing information about their own elections.

The bill is designed to give more influence to people with wealth, Lovejoy said, “because working people are not writing $2,800 checks; they are struggling to put food on the table.”

Lovejoy proposed an amendment to the bill which he said would have closed two loopholes within the current law, forcing candidates to disclose the sources of all money used for advertising and influencing state elections, but lawmakers voted against it.

“West Virginia citizens have a right to know who’s paying for the ads they’re being bombarded with,” Lovejoy said.

Lovejoy said he has knocked on thousands of doors and talked to thousands of West Virginians, and none of them ever has advocated for more money and less transparency in politics.

“Not one constituent of mine has ever said that,” he said.

Selina Vickers, a concerned West Virginia citizen, said there already is too much untraceable money flowing through West Virginia elections.

“Our campaign finance system is at the heart of the problems in our state and country,” she said.

Vickers said allowing money in politics functions like a system of bribery in which lawmakers from major parties become beholden to their wealthiest donors instead of their constituents.

Princeton University conducted a study in 2014 examining the extent to which the U.S. government represents its people, Vickers said.

“They looked at over forty years of research, and what they determined is that the preferences of the average American appear to have a near-zero, statistically non-significant impact upon public policy while wealthier Americans have significantly more influence,” she said.

Vickers said SB 622 serves only to further inflame America’s and West Virginia’s problems with genuine political representation, but she maintains hope for progress because the issue is one that appeals to informed voters of all parties and backgrounds.

“This is the most important bill of the session,” Vickers said. “Dark money is the root of all the problems with our democracy, and all regular voters agree it has no place in West Virginia.”

“Nothing about this bill benefits regular West Virginians,” Saffle said. “Instead of seeking the approval and hearing the concerns of their constituents, lawmakers will now be force to depend even more on wealthy special interests.”

Most Americans and West Virginians do not feel represented in politics, and this largely is the result of the flow of dark money from special interests in politics, Saffle said.

“We need to let Justice know we demand free and fair elections,” Saffle said. “We want a government dependent on the people alone, not on wealthy special interests.”