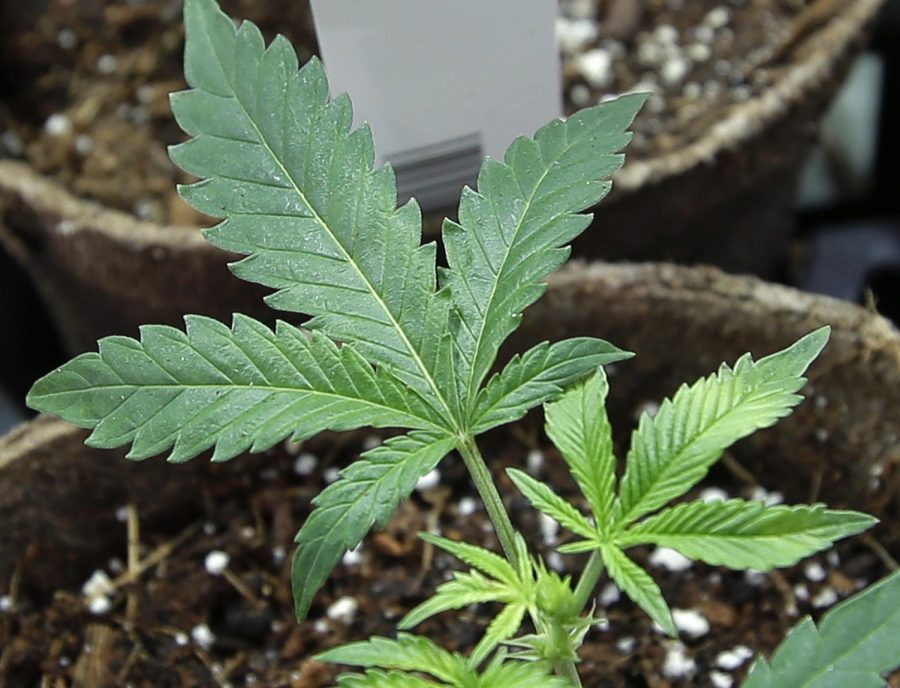 In this July 12, 2018 file photo, newly transplanted cannabis cuttings grow in pots at a marijuana cultivation facility in Milford, Mass. The New Hampshire House has given preliminary approval to a bill legalizing recreational marijuana, Wednesday, Feb. 27, 2019, putting the state on the path to joining several of its neighbors who allow the possession of small amounts of pot.

Medical marijuana may soon be making its way to the mountain state, as residents await Governor Jim Justice’s decision to approve or veto House Bill 2079, which would allow the state to begin pre-registering medical cannabis patients.

While HB 2079 is a step in the right direction, and lawmakers needed to pass similar legislation, Delegate Sean Hornbuckle (D- Cabell, 17) said the bill’s components are far from flawless.

“The bill still does not allow flower or edibles in our program, and that is a huge problem,” Hornbuckle said.

Not having access to the flower option of medical marijuana could be detrimental for patients because smoking is the quickest way for the plant to enter one’s system, he said.

“For medical patients, not having flower could be a potential hindrance in the process of getting the care they desperately need,” Hornbuckle said.

One of the several positive aspects maintained within the bill is the allowance of the Department of Agriculture to be the testing facility for the program instead of any other private entities, he said.

One criticism of the bill shared by many involved legislators and hopeful citizens is its allowance of just ten in-state growers and processors of cannabis.

“The number of grower and processor permits allowed is still only ten,” Hornbuckle said. “Are we doing this for big business or are we doing it for West Virginians?”

Rusty Williams, a cancer survivor and patient advocate on the West Virginia Medical Cannabis Advisory Board, said lawmakers should have accepted the recommendations of the Advisory Board regarding the allowance of flower consumption.

Williams said the allowance of only ten grower and processor permits coupled with the prohibition of cultivating small amounts of cannabis for personal use is also a significant mistake on behalf of the legislature.

“This lays the groundwork for ten permit holders to get filthy rich off the backs of the sick,” Williams said.

Williams said lawmakers should increase the number of allowed permits, implement limitations on growing facility sizes and reduce the cost of obtaining the permits, which would likely allow small West Virginia farmers to participate in the industry and build sustainable futures for their families and communities.

“West Virginia has a long, painful history of big moneyed interests robbing her people of their resources and industries, and I can’t bring myself to support legislation that will inevitably do the same with medical cannabis,” he said. “West Virginia patients are not for sale.”

Hornbuckle said he was far from satisfied with the program outlined within the current bill, but lawmakers, “had to get something passed,” to get the process of allowing patients for medical cannabis underway.

“I still think people should be excited, because we are moving in the right direction,” Hornbuckle said. “Hope is near, but we still have a long way to go to make this the best it can be.”