“As a team, I think we are in a very good place right now.” -Head coach Bill Tramel 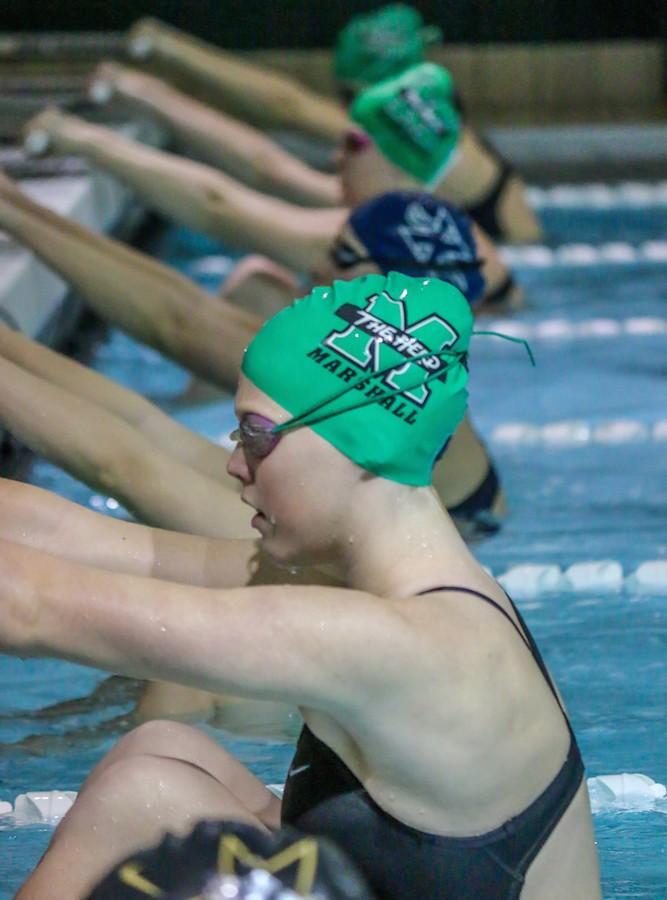 The Marshall University swimming and diving team posted a 167-94 win over the Dukes.

Marshall swimmers won 11 of the 14 events in the contest and three records were set in the meet.

Freshman Madi Pulfer from Ottawa, Ontario, was among one of the three record setters for the Herd.

Pulfer said moving from Canada and going to school in West Virginia forced her to make some adjustments and experience diversity.

“It’s definitely a lot more training than I’m used to, and the intensity level is a lot higher here,” Pulfer said. “I went to school in French all through my high school career so that’s been an adjustment as well, with trying to relearn terms and math and science classes.”

Pulfer gave credit to the team’s training trip in Florida during winter break as a step in the right direction for its overall success.

“It was a week of really, really hard training, but I think the whole team kind of comes together when we do stuff like that,” Pulfer said. “When we succeed well in practice it gets us more excited for meets and prepares us to do well.”

The record breaking for the weekend continued with the 400-relay team made up of Gloriya Mavrova, Danica Ross, Rachel DePietro and Madi Pulfer.

Sophomores Mikaya Reynolds and Chloe Parsemain were in the spotlight for the Herd as well. They collected their first collegiate wins at the meet.

Reynolds, from Chattanooga, Tennessee, won the 100 breaststroke with a time of 1:07.55.

Head coach Bill Tramel said he thinks the team is in a good place right now.

“We have really been on a roll the last few meets with new people winning events for the first time,” Tramel said. “As a team, I think we are in a very good place right now.”

The team has one more opportunity to race Saturday at the C-USA Championship.

Tramel said they are getting excited to see how fast they can finish.