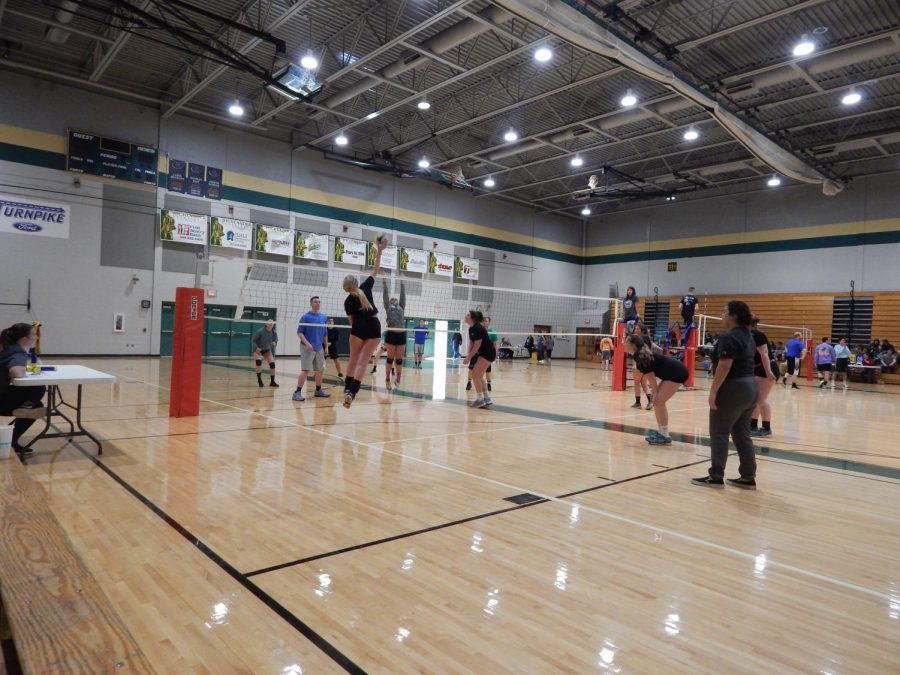 Alpha Sigma Phi and Delta Zeta’s sixth annual Spike for a Cause volleyball tournament will take place March 10 at Marshall University’s Recreation Center to raise money for Starkey Hearing and Home for Our Troops.

Preparing to raise money for charitable causes, the fraternity Alpha Sigma Phi and sorority Delta Zeta have organized their sixth annual Spike for a Cause, scheduled for Sunday, March 10 with a new location.

“I’m really excited about that because I feel like that might help more people sign up because they don’t have to commute or go anywhere,” Olivia Bias,   a marketing and management major who is Delta Zeta’s vice president of philanthropy, said about the change in venue.

For the past five years, the volleyball tournament has been at Huntington High School, but this year’s Spike for a Cause will be at the Marshall Recreational Center, Bias said.

“I like (the change) because it makes it easier for students on campus who want to participate. They literally just have to walk to the Rec,” Bias said.

“We would love to absolutely crush that,” Shawn Grigoraci, a finance major who is Alpha Sigma Phi’s vice president of community service and philanthropy, said about his hopes to beat last year’s donations.

Since the proceeds are split between the two organizations, “the more money we raise, the more we can split the money down the middle,” Bias said.

“I’m trying to get 20 teams. I would really love to get 25 teams because that’s basically where the money comes from for both of our organizations and charities we are raising money for,” Bias said.

Starkey Hearing is “a non-profit that gives hearing aids to those that wouldn’t get them otherwise from countries and cities around the world,” Bias said.

Grigoraci said Homes for Our Troops provides services and funding to veterans.

Not only is this a tournament that is fun, Bias said, but the tournament “can literally help build a home for someone who has done so much for the U. S.”

The philanthropy event, which begins a noon and ends at 4 p.m. requires a minimum of six players per team and costs $10 for each player, Bias said.

“The winning team will receive a trophy or plaque,” Bias said.“If you win, it’s bragging rights, and it’s a really good way to give back to the community.”

To register a team, Bias said Delta Zeta created a Crowd Change account, which lets any one register for Spike for a Cause or donate to the philanthropies.

“It’s a great time for you and your friends to come together, and we want to donate as much money as possible,” Grigoraci said.