Guest lecturer to present feminist biography of ‘The Lottery’ author 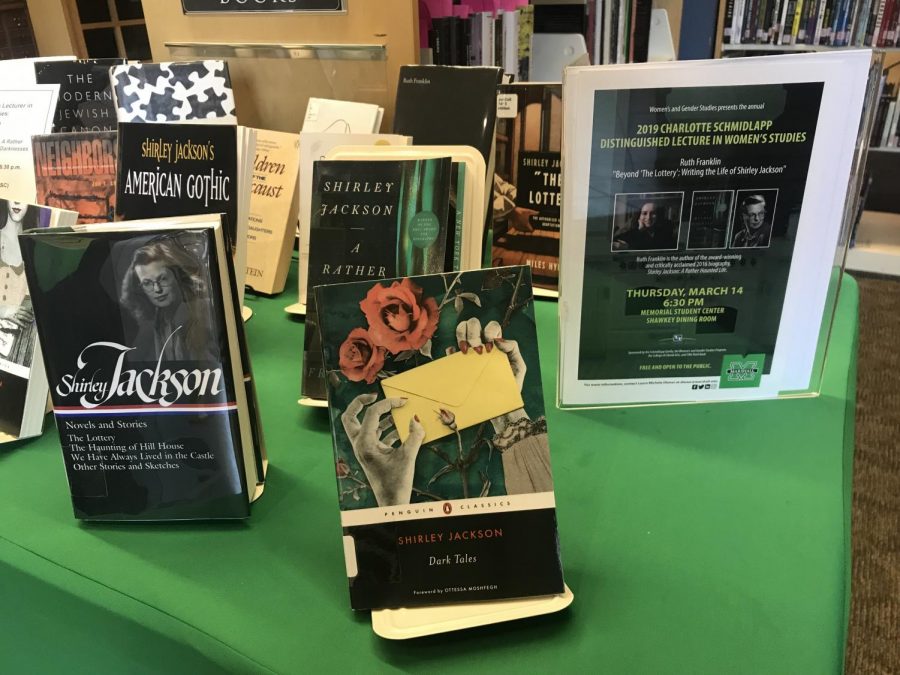 Franklin’s book, titled “Beyond ‘The Lottery’: Writing the Life of Shirley Jackson,” is a feminist biography of Jackson, author of the short story “The Lottery” and the novel “The Haunting of Hill House,” which was recently adapted as a Netflix original series.

Laura Michele Diener, director of Marshall’s Women’s Studies program, said she invited Franklin to participate after reading her biography, and the lecture will focus on the struggles Jackson faced in her life.

“Franklin is going to focus on Jackson’s life and what the turbulent times she was living through; she was unconventional for her day,” Diener said. “She was a working mother during the 50s; she was earning more money than her husband. Her husband was Jewish, and they had a lot of subversive friends who were involved in different social movements. They were always viewed with suspicion by their neighbors, their own relatives and also the government. At one point they were under investigation by McCarthy. She’s also going to talk about what it means to write a feminist biography and some of her methodology.”

Diener said she hopes attendees leave the lecture with an increased interest in Jackson and an appreciation for her life and work, as well as a better understanding of what went into the creation of Franklin’s feminist biography.

“I’m hoping that it will get people reading about Shirley Jackson; she has some great novels that are a lot of fun,” Diener said. “Probably people remember reading ‘The Lottery’ at one point. I also hope it gets people interested in the idea of a biography as something that can be a feminist practice and what that means exactly. It’s one thing to just write about a woman, but what does it mean to write a feminist biography, what kinds of questions are you asking?

“To also take a look at some of the struggles she went through and what questions are still relevant today as well, like ideas of disapproval of your community,” Diener said. “In her case she had four kids and was supposed to be a housewife. That was her job, but she was also a writer, so how do you balance those different roles in your life? I think those are interesting questions.”

This annual lecture event, part of the Women’s History Month calendar of events, is sponsored by the Women’s and Gender Studies Program, the College of Liberal Arts and the Charlotte Schmidlapp family.

“The Schmidlapp family has a number of funds throughout the U.S.,” Diener said. “In 1907, Jacob Schmidlapp was traveling with his daughter Charlotte in France, and she was killed in an automobile accident at the age of 19. So, he set aside multiple funds for different scholarships generally to do with promoting women in education. And we have one specifically for a lecture in Women’s Studies every year during Women’s History Month at Marshall.”

A display has been set up in Drinko Library to correspond with this event, as the library is partnering with the Women’s Studies program.

Franklin’s lecture will be free and open to the public and will be followed by questions and a reception.

“All the events for Women’s History Month, including the Schmidlapp, are open to students, faculty and community members, and they’re all geared toward that larger audience,” Diener said. “It could be a chance, at a reception, to talk with a professor from a department that you don’t take classes in, so that could be really interesting. And to meet women’s studies minors if you’re thinking of possibly doing that.”