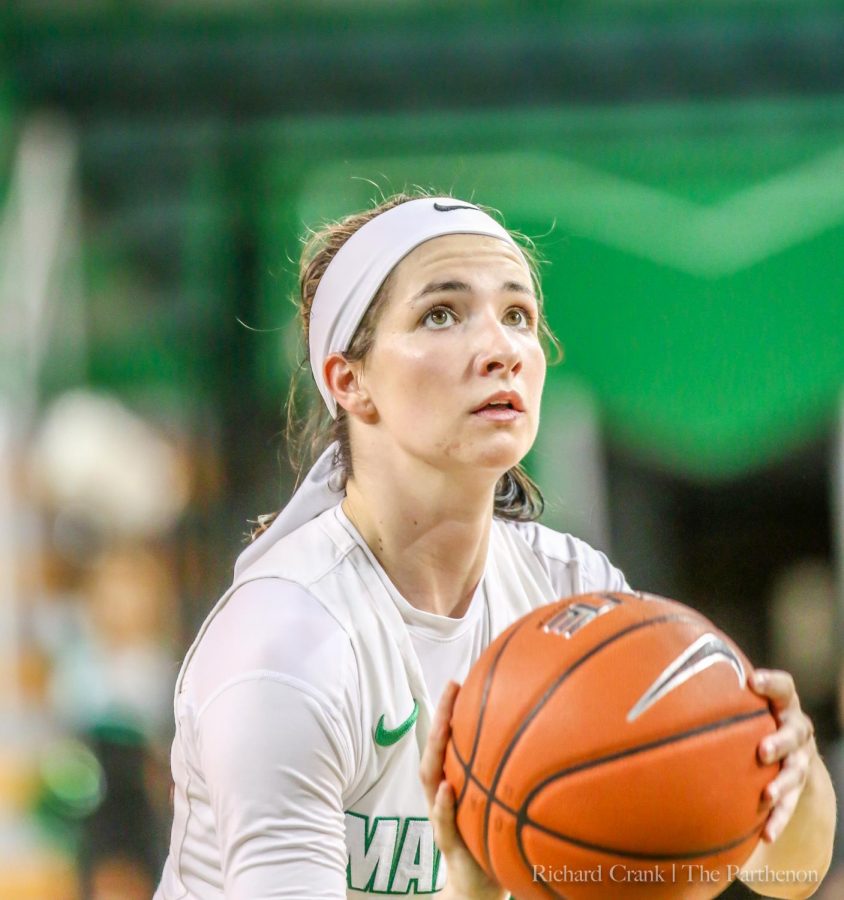 The Marshall women’s basketball team (15-12, 9-5 C-USA) aims to achieve one more win on the road Saturday in its final away game against the Old Dominion Monarchs (17-9, 8-6 C-USA) in Norfolk, Virginia. This will mark the last time the Herd will travel before the Conference USA Tournament in Frisco, Texas.

Marshall head coach Tony Kemper said that it is always tough to play on the road.

“We’ve been a pretty good road team this year,” Kemper said. “Communication, we’ve stuck together well. We’ve been pretty tough and battled. Game plan wise, it’s pretty much similar to what we did to (ODU) the first time.”

“We do need to rebound the basketball better this time around,” Kemper said. “They got us pretty good on the glass. That was the big difference in the game. We need to handle their press a little bit better than we did the last time.”

“(We) just have to make sure to have the right energy level,” Kemper said. “It should be a really great basketball game. They’re a really good team and it’s a tough place to play.”

Following the game, the Herd will travel back to Huntington for its final home game of the season against the Florida International Panthers. Kemper said that this game will serve as senior day for seniors Shayna Gore, Taylor Porter, Logan Fraley, Tana Driver and Jovana Vucetic. Driver and Vucetic are graduating but still have one year of eligibility, said Kemper.

“This group has really changed the way we operate,” Kemper said. “I really appreciate that. They all have different roles and they excel in the roles they have. They’ve helped this team have a pretty darn good year.”

Tipoff is set for 4 p.m. on Saturday at the Ted Constant Convocation Center.